This debate was moderated by U.S. Transhumanist Party Chairman Gennady Stolyarov II and co-hosted by Steele Archer of the Debt Nation show. See the original debate stream on the Debt Nation show (Part 1 and Part 2), including the pre-debate and post-debate shows held on the same day.

Please forgive the technical difficulties and the occasional audio lag arising from a weak and once-interrupted Internet connection. 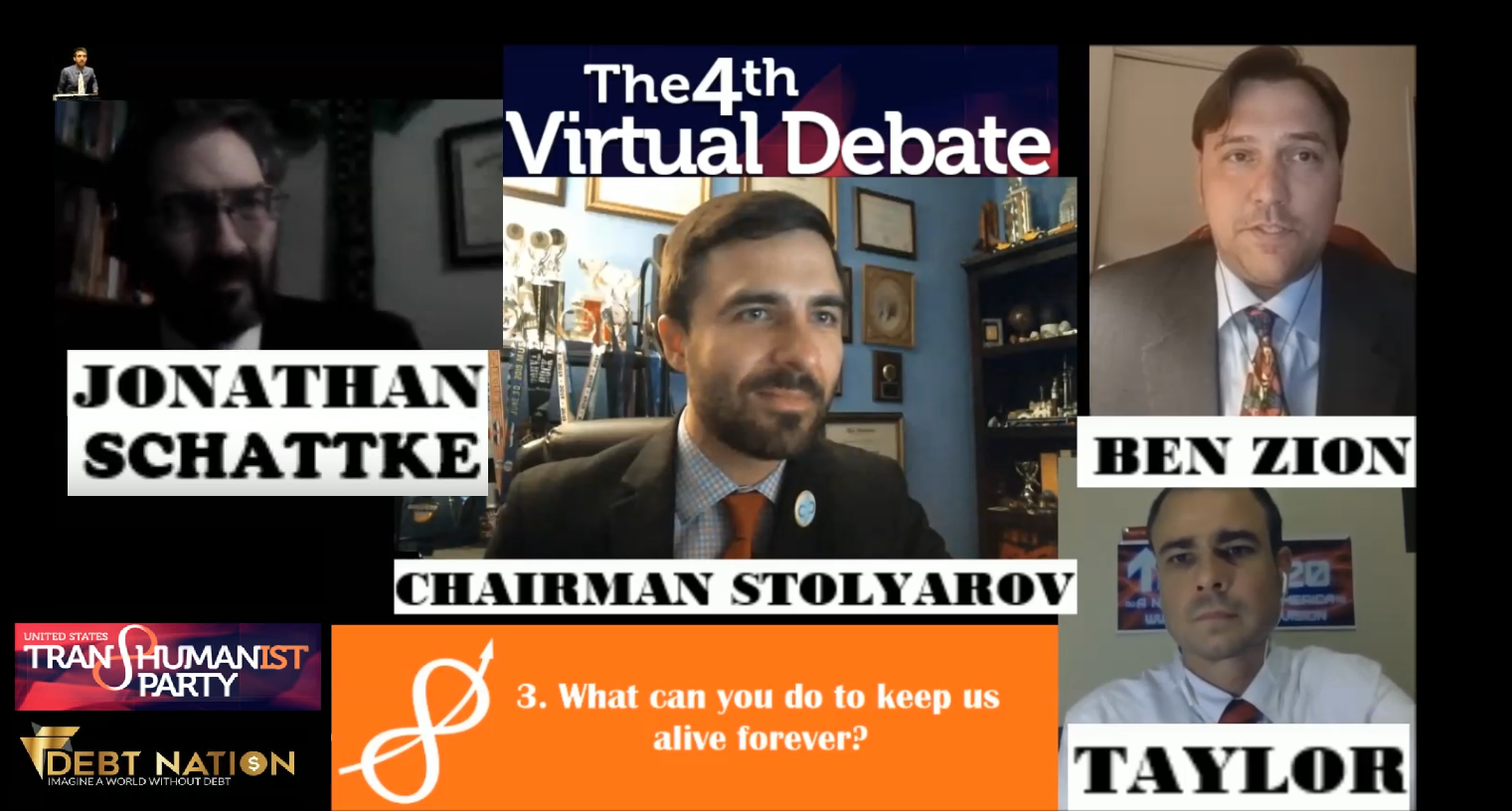