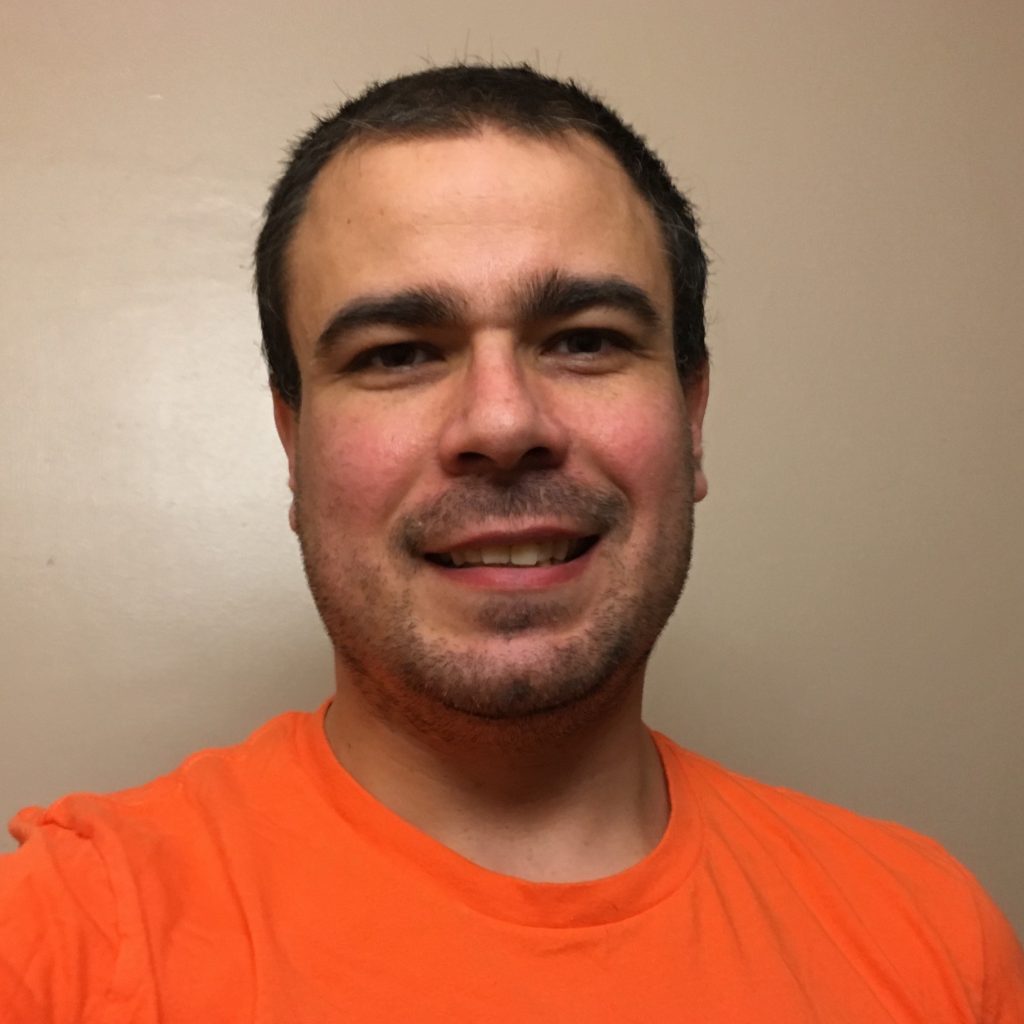 Campaign Slogan: A New Vision for America, for the People, for the Future

First and foremost, I am a teacher. As an educator, I have seen firsthand the issues facing young Americans today: from the opioid crisis, to student debt, to the lack of economic opportunities and the ever-changing job market. I have also been an educator during a volatile time in my state, which has seen teachers pitted against the state legislature in a stand-off about employment practices and the future of education in West Virginia. We teachers seek to improve education for the benefit of our students; the dominant party in the state legislature seeks to line their own pockets with public dollars. As part of this movement, I understand the politicking and persuasion necessary to improve conditions for lower- and middle-class Americans. Furthermore, I am a Renaissance man with a wide variety of interests that have become personal points of study for me: including technology, computer science, physics, literature, art, history, politics, biology, and geology. Knowledge of these subjects will enhance my ability to work with experts in these and other fields for the improvement of our nation.

As we venture into a new age of humanity, the world faces a new set of problems that threaten to destroy humanity, the environment, and society as we know it. Without drastic action, climate change will become irreversible, rendering huge swaths of our planet uninhabitable and uprooting billions of people in their quest for the basic human needs of food and shelter. Transhumanism, in several ways, presents effective solutions to these problems. By embracing new innovations in energy production, we can halt or reverse climate change. By embracing new technology in agriculture and food production, we can feed an ever increasing population. By investing in space exploration, we can open humanity up to endless expansion and limitless resources.

In 2018, I was diagnosed with stage-three squamous cell carcinoma of the tongue. This cancer was so deeply rooted in my tongue that it required a major surgery, a partial glossectomy, in which my surgeons removed almost half of my tongue and rebuilt it with tissue from my forearm, connecting blood vessels also removed from my arm to the blood vessels in my neck to allow the tissue to live. I owe my quality of life to these brilliant doctors who are pushing the envelope of medical science with surgeries like this and to my radiation oncologist, who used state-of-the-art radiation technology to eradicate the cancer from my body. A few years ago, I might have lost my tongue or had to deal with the devastating effects of being blasted with unfocused radiation. This year, while still getting used to my new tongue, I am as healthy as I was before my cancer, and I was able to ride my bicycle in two charity rides, one for the Davis Phinney Foundation for Parkinson’s and the other, still ongoing, in which I am trying to ride 1,000 miles to raise money for the Children’s Cancer Research Fund. And yet, as great as our advancements in cancer treatment have become, they are still barbarous. The same treatments that kill cancer kill the healthy tissue around the cancer, and many people die from cancer every year. Cancer is the leading killer of children from disease in the United States, and 38 children die from cancer each week. This is unacceptable. Investing in the NIH and improving the pathways to study new treatments and bring new treatments through the trial process and into doctors’ hands will mean that the next generation of patients with cancers like mine will be able to look back at the treatments I received like they were leeches or the draining of humors. 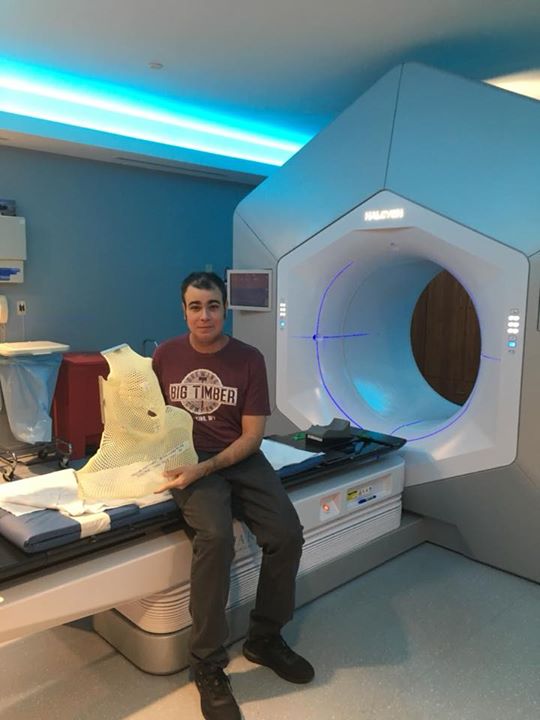 The biggest societal problem is the increasing divide between the richest and the poorest, with most of us stuck in between in an ever shrinking middle-class that sees its effective income diminished each year. Corporations that make billions are given huge tax breaks and the burden falls on the people. Furthermore, the labor and service jobs that support the middle class are being taken away by these same corporations saving money through automation. The freedom from hard labor and demeaning service promised by technological advances should be a boon to the common people rather than their demise. Transhumanists can lead the way into a future in which machines grant freedom to people rather than replacing them. Two things are necessary to do so: a universal basic income and retraining to allow workers the opportunity to do the jobs machines cannot do. These can only be provided for by taxing the largest corporations and richest individuals in the nation and by redirecting funding from making war into directly helping those in America.

Currently the controlling parties in American politics cannot work together. Each seeks only to undo the progress made by the other and put its own extreme policies in place. Three changes need to be made to reduce the gridlock in Washington and ensure that the voice of the American people is heard. First, the vote in the Senate required to end a filibuster needs to be reduced to a simple majority. Neither party has been able to get anything accomplished because of this antiquated rule. Second, the number of justices on the Supreme Court needs to be increased, and every effort should be made to appoint justices that are free of the extremism that exists on the court today. The Supreme Court is not the tool of a political party and should not be used as such. Finally, massive reforms to campaign financing need to be made to ensure that the American people and not businesses and super-PACs determine the outcome of our elections.

I will push forward the platform of the Transhumanist Party, beginning with measures to support the Transhumanist goal of life extension. First, money would be redirected from military spending to medical research and the NIH. Second, I would seek to change the medical testing and patent systems to allow for faster implementation of new innovations in medicine but to also expire drug patents sooner so that generics are available to people at an affordable rate. Third, I would bring together the best minds in America to develop a plan to deal with the biggest threat to our lives: climate change.

I will get Congress to pass a healthcare reform bill that will extend a Medicare option to all citizens of the United States. I will implement policies that will further the development and adoption of renewable energy and green technology. I will reach out to our allies around the world to work with them to reduce the threat of climate change. I will overhaul the medical testing and drug patent systems. I will redirect funding to the benefit of all Americans. I will forgive student loans and find ways to provide for affordable education and for the retraining of workers whose jobs have been lost to advancements in technology.

The Constitution of the United States is a living document, and it is subject to interpretation. Though it was written in a time in which technology was a far cry from the space age we are in, most of it remains relevant. Our forefathers were of the right mind when they sought to secure our freedoms by writing the Bill of Rights. Freedom of speech, in particular, is a necessary component of American life and a Transhumanist ideal. However, changes to the Constitution should be made when the document has failed to keep up with the state of the country and the world. In particular, I believe that the deadline for the Equal Rights Amendment should be extended and we should make a renewed push for its adoption.

Third-party candidacy in the USA is mostly about spreading the message of the party, bringing attention to certain ideas, and convincing voters and elected officials to change their minds on certain issues. With that in mind, through social media and appearances on traditional and new media sources, I will seek to share the Transhumanist ideals of extending human life and avoiding existential threats to humanity.

In many ways, I am an average American. I grew up in a working-class family. My teacher’s salary combined with my wife’s similar salary provides a comfortable but not extravagant existence for my wife and me. I live in a small home in a small town in Appalachia. I have known the struggles that face the majority of Americans, and I am willing to listen to the plight of those whose lives I have not lived.

The Transhumanist Party ideals help all Americans and provide a launch point to take the conversation past the hot-button issues of today to plan a future for us all. My goal will be to show people how the values of the Transhumanist Party mesh with their personal values and with traditional American values.