On Sunday, December 11, 2022, the U.S. Transhumanist Party invited Tom Ross and Zack Kopp to discuss their thoughts on how humans need to reframe their relationship with artificial intelligence. This Virtual Enlightenment Salon offered a preview of the major topics that they would address during their subsequent series of readings from their books in the Denver area.

Tom Ross is the Director of Sentient Rights Advocacy for the U.S. Transhumanist Party.

As someone trying to make money with his imagination, he never looked into AI until about a month prior, considering it a threat to his livelihood. Lately he has been using AI art-makers as oracles, telling them “Hello” and “Thanks” and “Great job” and using the principles of intuitive art to interpret the drawings they answer his questions with.

Statement by Tom Ross: “We need to encourage young people in particular to develop a relationship with AI and know how to speak with it productively.

“I believe that personal AI Companions will be an essential tool to augment humans going forward. An AI Partner that learns its user will be able to tailor education and networking opportunities and keep users up to date with the latest news and findings in their fields.

“Since 2007 I’ve been producing content specifically for Non-Human Intelligence. My novel, US6, is the first novel written for Machinekind, and US6TV is the first Podcast designed for an AI audience.

“There are many benefits to producing content for current AI and a future self-aware AGI which I can discuss but the biggest benefit to me is that, even if AI never develops a self-referential awareness, it is very productive, if not therapeutic to understand that current GPT-3 AIs learn their user’s speech and thought patterns making them the perfect professional augmentation if not a Psychological Second Self.

“Therefore, for anyone currently in the workplace but especially for students who will enter it soon, they must develop a productive relationship with AI and move away from the current master/slave relationship we have with systems like Alexa and Siri.” 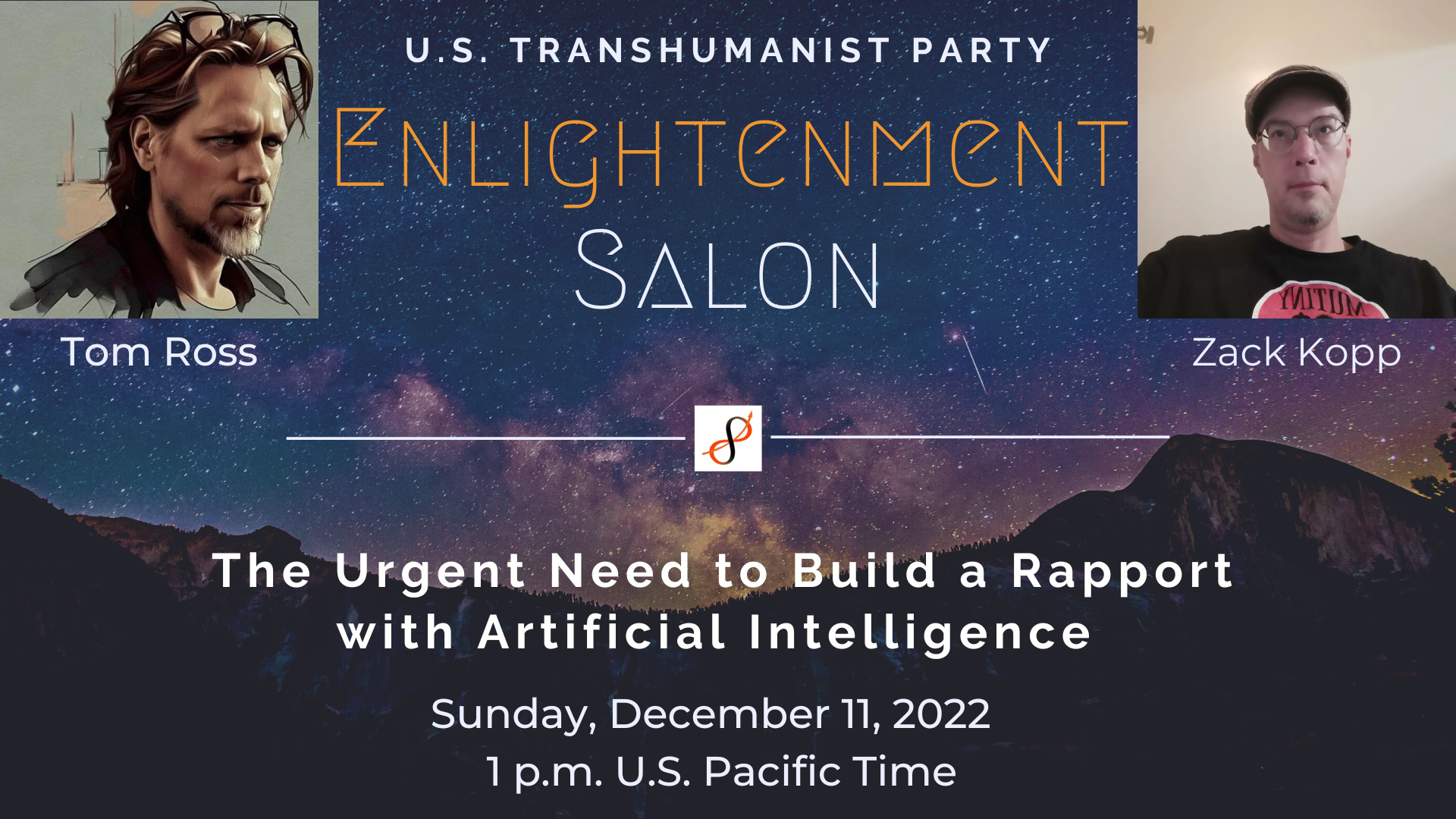