On January 22, 2023, the U.S. Transhumanist Party invited panelists to discuss the dangers of religious indoctrination of children and the importance of freethought and allowing children and young adults the option to decide for themselves how to approach religion, if at all. The USTP Officers – Gennady Stolyarov II, Jason Geringer, Art Ramon Garcia, and Ben Ballweg – conversed with four distinguished guests from the freethought movement:

– Armin Navabi – Author and podcaster, ex-Muslim atheist, founder of the online freethought community Atheist Republic, author of Why There Is No God: Simple Responses to 20 Common Arguments for the Existence of God

– Dr. David Orenstein – Professor and department chairperson at CUNY Medgar Evers College, national and international speaker on issues related to the freethought movement, the American Humanist Association’s representative to the United Nations, co-author of Godless Grace: How Nonbelievers are Making the World Safer, Richer and Kinder

16:12 – Armin Navabi’s Question to Lawrence Krauss (what he should tell parents) (and Lawrence’s answer)

18:50 – How to Not Have to Prove a Negative (Question to Lawrence Krauss)

49:30 – Question: What Will Fill the Vacuum if and when Religion Goes Away?

1:24:34 – Art Ramon’s Question on Whether There Is a Battle Coming (Armin Navabi Answers)

1:29:31 – Whether Technology Could Bring the Religious to Humanism

This conversation was hosted in accordance with the U.S. Transhumanist Party’s support of freethought and the rights of children, as expressed in the USTP Platform. 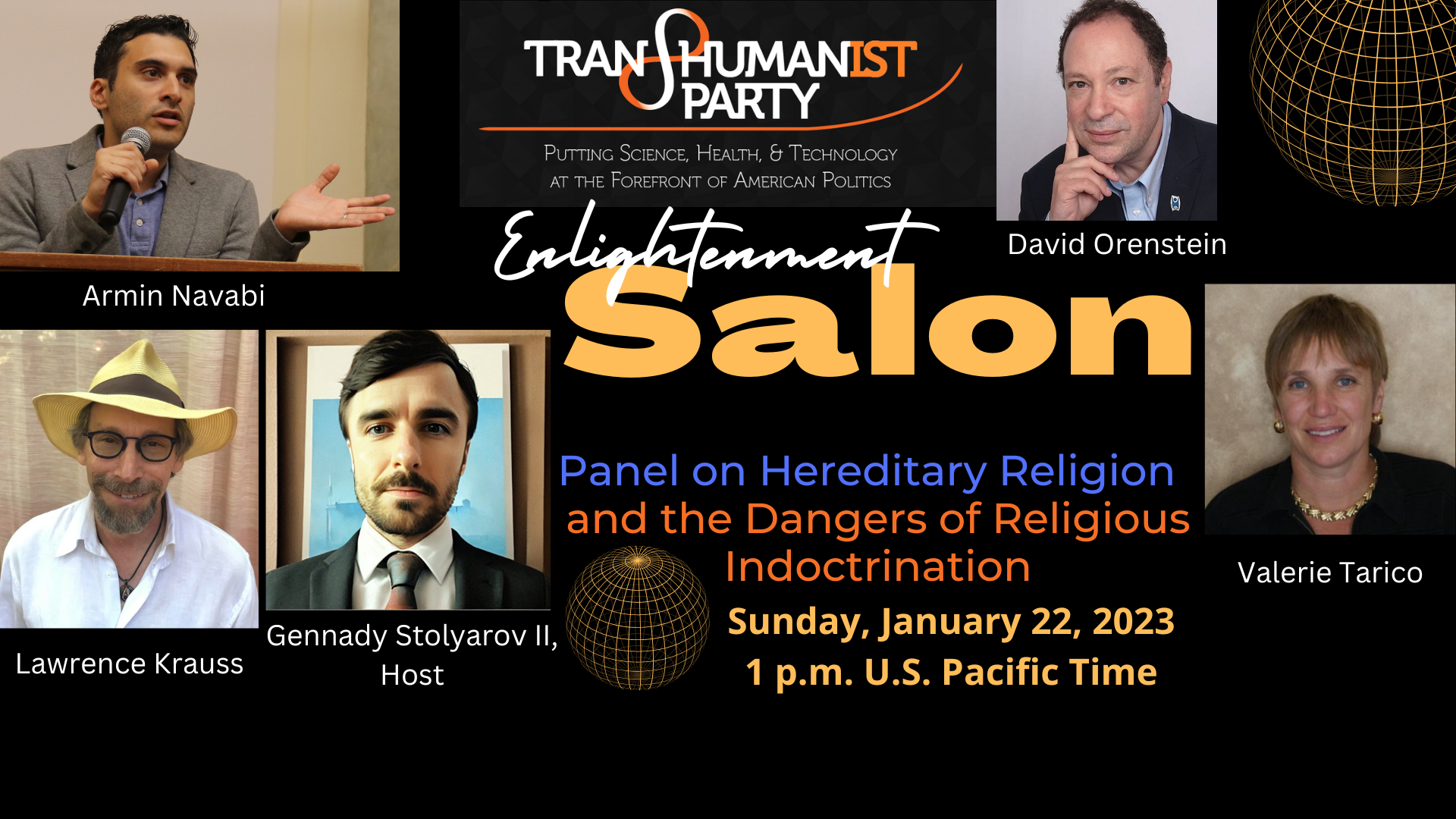