The U.S. Transhumanist Party takes this opportunity to highlight our recently created Regional Liaison positions and express our appreciation for the important work being done by our first two Regional Liaisons, Celeste Castaldo in Northern California and Dinorah Delfin in New York.

The role of a Regional Liaison is to network with individuals and organizations who are likely to be sympathetic to the USTP Platform and goals, invite such sympathetic persons to join the U.S. Transhumanist Party as members, and also encourage them to set up events, such as meetups and presentations, and to engage in policy advocacy for ideas within the USTP Platform. There are many ways to do the work of a Regional Liaison, including through publishing transhumanist content, attending or arranging events, or simply engaging people in meaningful conversations about transhumanism, life extension, and the promise of emerging technologies and applied rationality in overcoming the predicaments of our present era.  The Regional Liaison position exists directly within the organizational structure of the USTP and not any State-level Transhumanist Party. It is an outward-facing position and so is focused on external outreach rather than internal administration – and it is clear to us that external outreach is the area where the U.S. Transhumanist Party currently has the greatest need for capable people to communicate our ideas and grow our movement.

At present, most transhumanist activity is geographically dispersed and largely coordinated online. The value of our Regional Liaisons is that they can act to strengthen and grow the local transhumanist communities near them and thereby catalyze the formation of regional hubs which will facilitate greater ease and frequency of transhumanist events, outreach to the broader public, and greater visibility of transhumanists as well as their improved ability to find and interact with one another. 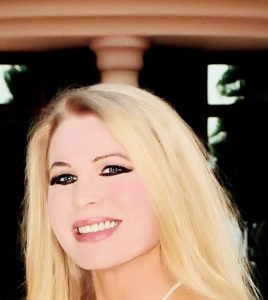 Celeste Castaldo was appointed as the USTP’s Northern California Regional Liaison on August 5, 2021.

Ms. Castaldo has worked with people from around the world, including U.S. and international government agencies, world-renowned royalty and heads of state, physicians, professional athletes, Fortune 500 executives, Silicon Valley technology founders, authors, publishers, music and motion-picture industry professionals, celebrity chefs, and many others. With over thirty years of education, training, and experience, Ms. Castaldo has developed an integrative approach to holistic health. She completed a Bachelor degree in Naturopathic Studies from San Francisco State University, she then continued her education in the MD medical doctorate program at International University of Health Sciences, and with the American Academy of Anti-Aging Medicine Board Certification Studies. She also completed a certification in Clinical Nutrition from Gulf Medical University, and doctoral studies in Alternative Medicines, M.D. (A.M.), from the Indian Board of Alternative Medicine.

Ms. Castaldo connected the U.S. Transhumanist Party with entrepreneur and venture investor Steven Hoffman, with whom we held a fascinating Virtual Enlightenment Salon on August 29, 2021, discussing the implications of various emerging technologies that interface with the human mind.  Ms. Castaldo is a regular presence at our Virtual Enlightenment Salons, and she often shares her insights either in the video livestreams or in the YouTube chats for those events. 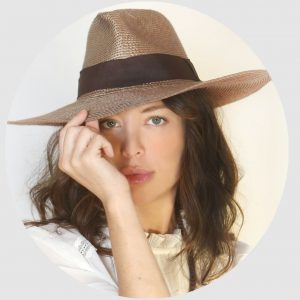 Dinorah Delfin was appointed as the USTP’s New York Regional Liaison on August 3, 2022, but she has been an important presence in the USTP for much longer, having first joined as a member in January 2018 and serving in multiple leadership roles since that time, with contributions in areas such as forging important connections within the transhumanist community including with the Foresight Institute and Humanity Plus, establishing and managing the New York Transhumanist Party’s first Facebook group, which grew into a community of 435 members and remains an official channel of communication of the New York Transhumanist Party. She was one of the first people to launch a mobilization effort in response to Chairman Stolyarov’s announcement of the need to activate the Transhumanist and USTP community in 2019 to remedy the flaws with the Nevada Assembly Bill 226, which was successfully amended with the efforts of the USTP, setting an important precedent for voluntary microchipping rights and morphological freedom.

Ms. Delfin is a New York-based conceptual multimedia artist, an activist, a transhumanist, a deep thinker, and a writer interested in the scientific truths of spiritual concepts and in the ethical implications of man-made intelligence and humans’ self-directed evolution.

Ms. Delfin is the Founder and Editor-in-Chief of Immortalists Magazine and its hosting platform The Immortalists Club. Since its founding in early 2020, Immortalists Magazine has contributed greatly to the spread of the ideas of transhumanism, showcasing the thought of leading transhumanists, including Officers and members of the U.S. Transhumanist Party, and combining intellectually groundbreaking articles with top-quality graphic design and a finely crafted multimedia experience for the readers.

Ms. Delfin is also an Editorial Advisor for Springer’s Transhumanism International Book Series, and the founder and owner of ArtDimensional Studios, a platform for the multi-media expressions of transformative arts. She is also the founder and owner of Hamptons Zen Living, a business focused on providing personalized solutions for streamlining and organizing living spaces for more productive and healthier living.

How to Become a Regional Liaison

The activities of our Regional Liaisons in Northern California and New York are hopefully just the beginning of a Regional Liaison program that will eventually expand to have nationwide coverage. If you are interested in becoming a Regional Liaison for your geographical area, please reach out to USTP Chairman Gennady Stolyarov II via e-mail here and provide your resume as well as a statement of your interest in the position, your relevant skill sets, and how you would approach the role of a Regional Liaison if selected. We look forward to working with individuals who are skilled at forging connections, communicating the ideas of transhumanism accurately and persuasively, and growing our movement.