Subjects covered during the presentation included the following:

– Version 3.0 of the Transhumanist Bill of Rights
– The #IAmTranshuman Global Campaign – (See the two video compilations here and here)
– The USTP’s first legislative success in Nevada in hosting the Cyborg and Transhumanist Forum and achieving an amendment to Assembly Bill 226
– The USTP’s project to create an abundance of free transhumanist symbols, available for anyone to use –
– The forthcoming USTP Presidential Primary Election (see the candidate profiles)

Join the USTP for free, no matter where you reside, here. Those who join by September 21, 2019, will be eligible to vote in the Electronic Primary which will begin on the next day.

Transhumanists: we need new symbols in place of “H+ / h+” – which are not the best representations of our movement as a whole. We need inspiring, meaningful, unambiguous symbols that are developed through grassroots efforts within our community and made freely available for anyone to use. 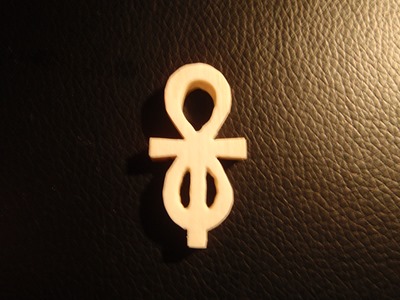 The U.S. Transhumanist Party / Transhuman Party (USTP) calls upon graphic designers, artists, marketing experts, philosophers, and other interested individuals to design a series of new symbols representing transhumanism in general. There is no limit to the number of symbols developed or the kinds of artistic and design directions that are pursued. The only condition of this collaboration is that any resulting symbols be released into the public domain in entirety and become available for free download, reuse, and upload to popular image repositories such as Wikimedia Commons. Ultimately, it will be user preference that will determine which symbols will achieve widespread adoption – but the USTP encourages a thousand (symbolic) flowers to bloom. 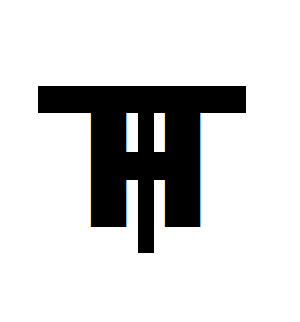 Please join us in this collaboration. View the many symbols generated in response to it thus far here. We expect numerous new symbols to be added to our gallery over time.

You may submit your symbols via e-mail to USTP Chairman Gennady Stolyarov II here, as well as link to them in the comments on this article or post them on any social-media thread where this article is being shared. By contributing symbols in response to this project, you grant your consent to have those symbols released freely into the public domain and to be used by any individuals at no monetary cost to them worldwide and in perpetuity, without the right to use those symbols being limited to any particular individual(s) or organization(s) or subject to the control of any such individual(s) or organization(s). You agree that no person, at any time in perpetuity, would be able to claim any intellectual property rights over the symbols generated in response to this collaboration. 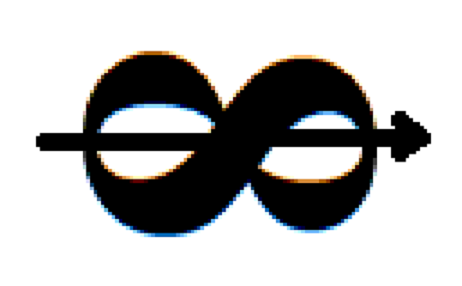 The USTP also encourages all transhumanists to abandon the use of any variants of the “H+ / h+” symbols for the purpose of referring to transhumanism generally or as a whole, for numerous reasons which shall be explicated below. In November 2016, when leadership of the USTP passed to Chairman Stolyarov, the USTP made the decision to discontinue the use of “H+ / h+” and to replace it with its current “exponential infinity” logo. Now the USTP calls upon all other transhumanists – including candidates competing for the USTP’s endorsement in the forthcoming Electronic Primary – to replace any uses of “H+ / h+” with original and unrelated symbols which are likely to better represent what transhumanism stands for. 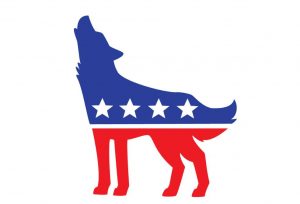 1. The “H+ / h+” symbols are ambiguous and can refer to many other matters besides transhumanism. Many of these uses are, in fact, better known than transhumanism. In chemistry, “H+” refers to a hydron, the most common of which is the simple proton. In physics, “h+” refers to an electron hole. Among mobile-phone networks, “H+” stands for Evolved High-Speed Packet Access, the fastest of the 3G networks. Even the streaming service Hulu uses the “h+” symbol while an entire chain of “H+ Hotels” has been established across Germany. Surely, transhumanists can do better than a derivative symbol which has many other, mostly unrelated uses and will be overshadowed in the public mind by those uses.

2. The “H+ / h+” symbols were attempted substitutes for transhumanism; we need to openly embrace transhumanism instead. The symbols originated in the course of the 2008 rebranding of the World Transhumanist Association into Humanity+, yet the USTP holds that symbols depicting the transhumanist movement should be focused on promoting and reinforcing connections with the word “transhumanism”. Transhumanism is the technically accurate name for our philosophy advocating the dramatic improvement of the human condition through science and technology. We should not shy away from the term “transhumanism” – but rather we should proclaim it proudly and articulate it accurately. Intellectually honest persons with dispositions open to truth and learning will understand and appreciate this unabashed transparency, and they are the allies we should seek to cultivate.

We do not need to fear misunderstandings from the public but should rather challenge those misunderstandings when confronted with them. Transhumanism is our philosophy, and we should advocate it clearly and openly by that name.

3. The use of the “H+ / h+” symbols is largely limited to the United States, whereas transhumanism is a global and cosmopolitan movement. Consistent with the spirit of the Transhumanist Bill of Rights, transhumanism includes the promise of a better life for all sentient entities, not limited to a particular culture or any particular national boundaries. Our symbols also need to be universal, cosmopolitan, and inclusive – encompassing both today’s humans as well as sentient entities and forms of intelligence and sapience that have yet to arise.

4. Transhumanism is much more than a single organization. A movement and a philosophy cannot be confined to a particular corporate entity; to confine it thus is to stifle its growth and transform a living, open philosophy into a staid and centrally controlled dogma. This is not in itself a criticism of the Humanity+ organization, but rather a recognition that the movement as a whole is not the same as any given organization within it. It is confusing to have symbols that could potentially refer to a single organization but also to the movement as a whole. A cleaner approach would be to leave the “H+ / h+” symbols to the Humanity+ organization – since its rebranding occurred long in the past and is a fait accompli – while adopting new, more creative, and more representative symbols which anyone could use in the capacity of referring to transhumanism as a whole – much like anyone may use a cross to refer to Christianity, a crescent to refer to Islam, a Star of David to refer to Judaism, a torch to refer to liberty, a red flag or red star to refer to socialism, or a fleur-de-lis to refer to France. No one owns these symbols, and their meanings transcend any particular individual or group. It is for this reason that the USTP calls for the new symbols of transhumanism to be released into the public domain; they will also not be confined to the USTP itself but will rather be usable by any transhumanist to refer to all of transhumanism – including those parts of the transhumanist movement which are outside the USTP.

5. Transhumanists may become unable to use the “H+ / h+” symbols anyway. It has come to the USTP’s attention that the Humanity+ organization has recently embarked upon a campaign to enforce its trademark in a broadly construed manner. Humanity+ owns a trademark to a stylized lowercase “h+” logo but has, per the understanding of the USTP, taken the position that any use of “H+” or “h+” in the context of transhumanism is sufficiently similar to be an infringement of that trademark. The USTP considers this position to be overly reaching and impracticable to enforce completely, given that Creative Commons versions of “h+” symbols which are distinct from the Humanity+ logo have been available and used in at least tens of thousands of instances for over a decade. However, the USTP as an organization does not have a direct stake in this matter and has already differentiated itself in its logos and other graphics. Out of an abundance of caution, the USTP recommends that transhumanists discontinue using the “H+ / h+” symbols more broadly.

Our more general concern is that there is always a danger with a broader intellectual movement resorting to essentially proprietary symbols. Proprietary symbols can potentially lead to intellectual “gatekeepers” emerging and restricting the growth of the movement – whether or not this is any entity’s current intention. A philosophy which can potentially be adopted by anyone should also utilize symbols that could potentially be adopted by anyone without the need to seek permission or approval. In order to continue the remarkable growth that transhumanism has experienced in recent years, it is therefore prudent for all transhumanists outside of Humanity+ to immunize themselves by discontinuing the use of the “H+ / h+” symbols. By ceding the ground of those symbols to Humanity+, transhumanists in all areas of the movement gain the much more important territory of intellectual freedom in preventing the gatekeeper phenomenon from emerging. No single transhumanist organization, including the USTP itself, should become the gatekeeper of the transhumanist movement as a whole.

6. Transhumanists needs to embrace techno-optimism and pursue a more hopeful, heroic vision of the future. In practice, the “H+ / h+” symbols are insufficiently connected with radical life extension and the potential for technology to solve many of today’s pressing social problems. While there is nothing inherently wrong with toned-down variants of transhumanism as such, they should not be the only ones. When perceiving the “H+ / h+” symbols, one does not immediately associate them with the heroic ambitions that ought to characterize the transhumanist movement – ambitions toward biological immortality (or indefinite life extension), radical abundance, and humankind seizing control of its own evolution – ambitions toward solving, within our (hopefully greatly extended) lifetimes, every problem that afflicts the contemporary world.

Since 2013, through grassroots advocacy by a newer cohort of transhumanists, including the USTP’s founder Zoltan Istvan, a more exuberant, direct, and techno-positive vision of transhumanism has gradually emerged to the forefront of public awareness and inspired many to consciously seek to transform the flawed contemporary world into a new Transhuman Era of our civilization. The new Transhuman Era needs new symbols which properly convey the spirit of techno-optimism and indefinite, open-ended improvement of length and quality of life in all respects.

Become part of the effort to shape the vision for the new Transhuman Era of our civilization by helping to create its symbols. Deploy your skills and imagination to help us represent our aimed-for future of indefinite lifespans, perpetual progress, and unending prosperity for all – and exemplify the spirit of radical abundance by sharing your creations freely with the world.

Gennady Stolyarov II is the Chairman of the United States Transhumanist Party / Transhuman Party. Find out more about him here.