Epstein was a prominent financier of many other causes – but if the leadership of the world’s largest transhumanist political organization had no knowledge of him, this is strong evidence that he was not involved in transhumanism to any significant extent. He is merely a criminal abuser and deserves his sentence. His conduct was also deeply antithetical to the transhumanist philosophy and the value that philosophy places on dramatically improving the human condition for all through reason, science, and technology. Epstein’s fate should reinforce the principle that wealth and power do not confer license to mistreat one’s fellow sapient beings, all of whose rights must be protected. The foundational values of the Transhumanist Party, as well as key documents such as the USTP Platform and Transhumanist Bill of Rights, point toward an inspiring future where the Epsteins of this world could have no sway.

Many transhumanists criticize the NYT’s “unwarranted” and “irresponsible” association between Epstein and transhumanism as being “a modern-day version of eugenics”.

This appears to be a case of certain media outlets interpreting some of Epstein’s personal idiosyncratic proclivities as somehow being transhumanist – even though such interpretation is based on a highly deficient understanding of what transhumanism actually means and stands for.

Associating transhumanism with eugenics is a logical fallacy; like associating environmentalism with being anti-human. It is news reporting that seems to be more concerned about being sensational and controversial, than about accuracy, integrity, or solving problems; not adding more.

Even if Epstein perceived himself to be a transhumanist, this kind of sensationalist media reporting doesn’t serve the general public nor the greater good, as it keeps people misinformed and uneducated about emerging sciences and technologies.

What suffers from this approach is the characterization of a fundamentally benign worldview, as well as thousands of people who abhor Epstein’s behavior and stand for noble aspirations and principles of conduct. Criticism and debate regarding transhumanism are well within the realm of legitimate public discourse, but smearing good people by association is not.

Renowned transhumanist philosopher and USTP member David Pearce remarked that “a commitment to the well-being of all sentience as enshrined in the Transhumanist Declaration (1998, 2009) is hard to reconcile with some of the traditional male primate behaviour of Jeffrey Epstein.”

Humanity+ has also released a statement to clarify Epstein’s donation, which reveals that the time they accepted the donation, Humanity+ “had no knowledge of Mr. Epstein’s horrific alleged criminal activity.”

It should be known that Epstein was never a member of Humanity+, nor affiliated with any known transhumanist organization. Epstein’s egocentric ideas about eugenics ardently conflict with the philosophy of transhumanism and the express directive of Humanity+ that aims is to prevent coerced practices. Instead, Humanity+ encourages exploring the use of genetic engineering to save lives and mitigate diseases that affect all humanity, such as sickle cell anemia and other horrific illnesses.

Humanity+ is an international nonprofit membership organization that advocates the ethical use of technology and evidence-based science to expand human capabilities. You can learn more about transhumanism at https://www.humanityplus.org.

Members of the USTP and other representatives of the transhumanist community call for more objective and responsible media reporting and fewer “hyperboles” and “nebulous generalizations”.

In the midst of working on challenges as daunting and complex such as reversing aging, curing disease, and alleviating poverty, many people involved in Transhumanism understandably often do not have much time to stop and focus on other topics. This includes those not necessarily related to science, engineering, or medicine.

However, if we are to expand Transhumanism, change public perception, and debunk the claim that Transhumanism is a niche movement, I believe we should also explore themes that are less scientific or technical in nature. Indeed, we should focus not only on how Transhumanism is perceived among the general public, but we should also look at ourselves to see what sort of messages we are communicating through our daily words and actions.

If we agree that the main goal of Transhumanism is to ethically use science, technology, and other subjects in order to improve the human condition, then we are implying that Transhumanism can, and should, benefit all humans, and not just those who call themselves Transhumanists.

If this is true, then we must also take a deep look at whether our thoughts, beliefs, and actions are enabling all humans to partake in the benefits that we are advocating for, or whether we are unwillingly creating a gulf between those who agree with the goals of Transhumanism and those who disagree.

While terms such as “deathist” (used for people who argue that death is natural, inevitable, and even desirable) and “Luddite” (used for people who are opposed to new technologies) are usually well-intentioned, they come across as derogatory and might even dissuade people from getting involved in our movement and ultimately seeing its many benefits.

Indeed, nearly no one becomes receptive to a new idea if they feel they are being attacked. Rather, it is human nature to retreat and perhaps even become defensive when we feel that we are being criticized or when our worldview is being challenged.

We can find evidence to support nearly any conclusion. But rather than engage in mental gymnastics and become embroiled in needless debate, it is better to demonstrate one’s findings through action, with the intent of inspiring and enlightening, rather than lecturing and criticizing.

Transhumanism isn’t only for Transhumanists. It can be for anyone, whether that person is male, female, Christian, Muslim, Atheist, Caucasian, Asian, Hispanic, and no matter what occupation they hold or what their socioeconomic background may be. Indeed, a movement that promotes something as personal as morphological freedom (the right for one to modify their body as they wish) is a movement that is inclusive and empathetic to the needs of all humans, and not just a few.

Therefore, my call to action today is for us to be more tolerant of opposing viewpoints while at the same time demonstrating to the world the many benefits of Transhumanism and how it can improve the quality of life for humanity. Rather than vehemently arguing that a certain position is correct (while another is incorrect) with the hope that we will change people’s minds, we should calmly and rationally display how Transhumanism can improve the human condition, and then allow people to make up their own minds.

As much as it saddens me, there are plenty of people I have spoken with who say they do not wish to live indefinitely, and who do not believe the human life should be dramatically increased (even if that increase occurred alongside good health). No one can force anyone else to live healthier or longer. We must respect other people’s opinions, even if they differ from our own, and we must not take it upon ourselves to convince the whole of humanity to go down a certain path in life. Each person is responsible for their own life, and this includes the decision to take steps toward living longer and healthier.

What we should be focusing on, rather, is helping those who really want to be helped, while at the same time leaving the door open in the event that those who disagree might someday change their minds and decide to get involved in Transhumanism.

A movement, worldview, and philosophy with the word “human” in it shouldn’t be for a select few people. It should be for all humans, regardless of where they come from, what their socioeconomic background is, or what their religious or spiritual beliefs may be. This is because humanity, since the beginning of time, has strived to overcome challenges and transcend its limitations, and this desire isn’t limited to a small group of people.

Wanting to become a better person is part of being human. Defining ourselves as more than the sum of our limitations is what’s natural. If one of the goals of Transhumanism is to create better and more evolved humans, then we ourselves must be better and more evolved. We must set an example for the world of what is possible with the Transhumanist movement. And that begins with displaying traits such as tolerance, compassion, enthusiasm, and kindness, while working on projects and endeavors that will lead to improving the condition and quality of life for all humans. 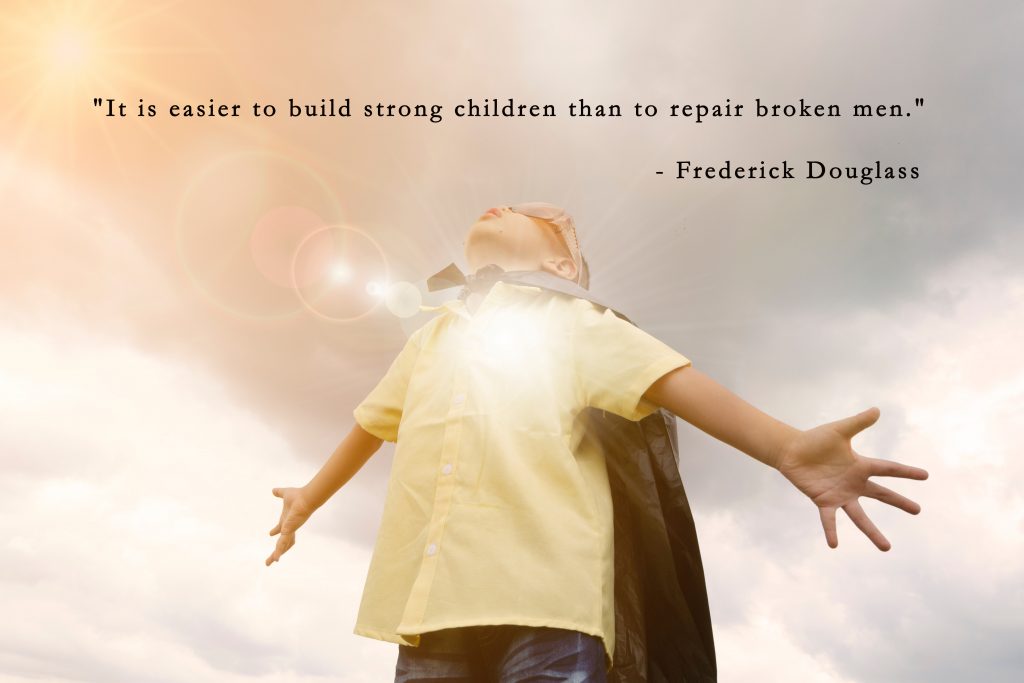 “It is easier to build strong children than to repair broken men.” Or, is it?

Integral Transhumanism adopts a framework that accounts for individual and collective enhancement and consciousness expansion through a holistic neurological reprogramming at any stage of one’s emotional, intellectual, and spiritual development.

Whether it is through genetic enhancement, brain-computer interface, holistic wellness & education, or shamanic entheogenic practices integrated into modern life, Integral Transhumanism advocates for enhanced cognitive and neurological states to achieve heightened spiritual awareness and wisdom. This level of maturity will allow humanity to work towards a sustainable equilibrium between social and natural environments.

Integral Transhumanism takes into account that knowledge or intelligence aren’t sufficient if they don’t entail a holistic integration of scientific reductionism & rationalism, with humanity’s deep-felt intuition and connection to its nonphysical quantum dimensions.

Without an understanding of this vibrational reality, and its social and universal psychological implications, humanity will fail to design cognitive models and policies that are safe and grounded in the maintenance of the common good as it will perpetuate the disconnect between fragmented knowledge and the right course of action.

To preserve transhumanist ideals’ inherent ethical and altruistic worldview, we must account for a truly holistic integration of mind, body and the collective consciousness. Spiritual Superawareness, therefore, constitutes the highest achievement of Superintelligence.

Albert Einstein once said, “We can’t fix our problems from the same consciousness that created it.” A holistic and sustainable re-engineering of humanity must account for the understanding of consciousness itself to give rise to truly benevolent beings, and new and effective ways to affect change.

One must not fear the evolution of humanity’s inherent technological ingenuity and desire to continue pushing through the boundaries of its limitations, but one should fear ignorance and apathy.

One must not fear that which we might think as “unnatural” because humans are anything but willful subjects to nature’s way. We don’t tend to label the domestication of plants and animals, education, art, cars, dental floss, eyeglasses, pacemakers, in-vitro fertilization, as “unnatural”, and we don’t necessarily think of “natural” things like plagues, meteorites, parasites, or polio as desirable things either.

One must not fear that advanced enhancement technologies might be initially available to only the wealthy, as such fear is counterproductive towards our efforts to democratize these technologies. Furthermore, enhanced individuals with heightened cognitive and spiritual awareness might actually nurture greater compassion for the have-nots, and reduce, rather than exacerbate, socio-economic tensions.

Integral Transhumanism wishes to harness this growing momentum to help inspire individuals and societies at all stages of maturity towards a more just, beautiful, and holistic expression of its most authentic form.

Note: This article was inspired by an essay written by Michael Tennison, titled “Integral Transhumanism: The Holistic Leap Forward” (2010).

Ms. Delfin is an Artist and the Director of Admissions and Public Relations of the U.S. Transhumanist Party.