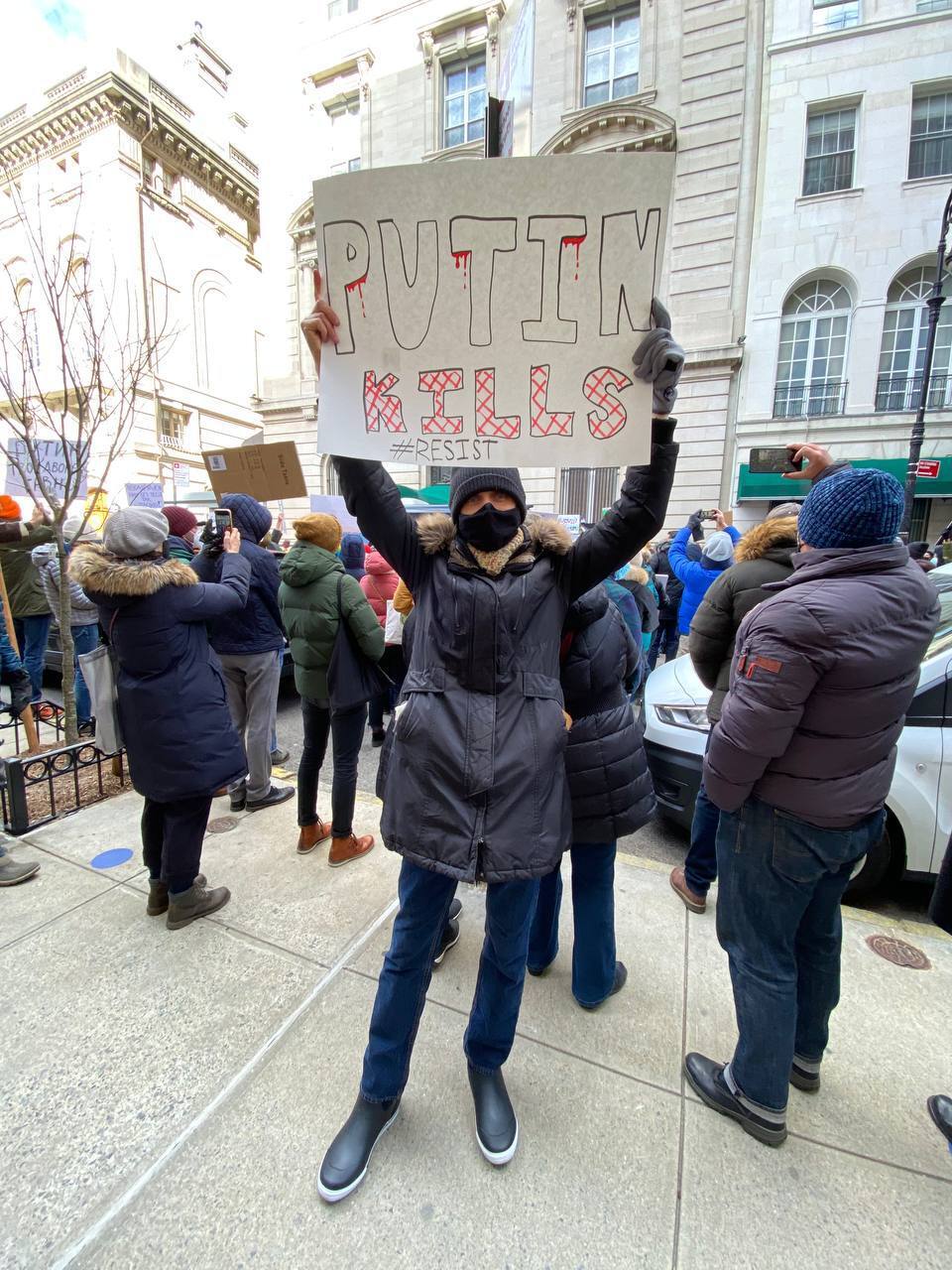 In late January 2021 I joined a protest against political persecution at the Russian Consulate in New York City and at Times Square.

The reason I wrote what I wrote on my sign is that Vladimir Putin’s regime is very dangerous not only for the people of Russia (spoiler alert: it is dangerous for everyone who is within reach of the current Russian state). It’s dangerous for humanity. This regime is a source of a whole bouquet of existential risks.

Humanity needs a free, prosperous, and responsible Russia! Humanity needs a Russia which will be able to help solve world problems, not to add to them. That’s why Putin and his kleptocratic administration has to leave right now!

Pavel Ilin is the Secretary of the United States Transhumanist Party.