On Sunday, January 1, 2023, the U.S. Transhumanist Party streamed classic presentations by Gennady Stolyarov II from 2011-2015 on the importance of rational philosophy and why empirical science cannot wholly substitute for it, the secular foundations of objective morality, and the case for free will and individual self-determination (subject to physical constraints that may be relaxed or overcome through the progress of science and technology).

There was a live chat and a short musical portion at the end, where two new recordings of Mr. Stolyarov’s compositions were premiered, remastered by Jason Geringer (Dawn of the New Renaissance, Op. 21, and Minuet #7, Op. 75).

Many people erroneously hold the mindset that mystery – the lack of knowledge of the workings of a particular process – is the source of awe and wonder, and that solving the mystery “takes the fun” or “takes the wonder” out of the world. Mr. Stolyarov emphatically disagrees. Using logic and reason to solve mysteries is truly a practice that can bring about an appreciation of beauty and awe – not only for what is, but for what human beings can accomplish.

Mr. Stolyarov challenges both sides of the conventional, age-old “nature” versus “nurture” debate. Both genetic determinism and environmental determinism are highly simplistic and false. Moreover, determinism regarding human beings is false altogether. Mr. Stolyarov argues that the nature/nurture debate should be transcended via an understanding that free will and choice place an individual in control of his destiny. While Mr. Stolyarov does not present any simple, generalized answers, he does urge for a recognition that human beings and their paths in life are much richer and more sophisticated than deterministic theories suggest.

Mr. Stolyarov refutes Stephen Hawking’s statement that “philosophy is dead.” The assertion that the physical sciences can wholly replace philosophy is mistaken. Not only is philosophy able to address questions outside the scope of the physical sciences, but the coherence and validity of scientific approaches itself rests on a philosophical foundation that was not always taken for granted – and still is not in many circles.

Mr. Stolyarov explains why thinking is essential and indispensable for everyone; that includes you. He discusses the fundamental purpose of his videos – to cultivate a broadly oriented intellectual mindset among viewers, in an effort to further the progress and maintenance of human civilization.

Mr. Stolyarov explains his fondness for the concept of feedback loops and their relevance to the outcomes of individual lives, technological progress, and the course of human history.

Mr. Stolyarov explains how an objective reality governed by physical laws is compatible with individual self-determination and indeed is required for individuals to meaningfully expand their lives and develop their unique identities.

A widespread misunderstanding of the meaning of the term “randomness” often results in false generalizations made regarding reality. In particular, the view of randomness as metaphysical, rather than epistemological, is responsible for numerous commonplace fallacies.

Mr. Stolyarov endeavors to refute the common argument that any law, be it a physical law or a law of morality or justice, requires a lawgiver – an intelligent entity that brought the law into being. While some laws (termed manmade or positive laws) do indeed have human lawmakers, a much more fundamental class of laws (termed universal or natural laws) arise not due to promulgation by any intelligent being, but rather due to the basic properties of the entities these laws concern, and the relations of those entities to one another. To the extent that positive laws are enacted by humans, the purpose of such positive laws should be to reflect and effectuate the beneficial consequences of objectively valid natural laws. 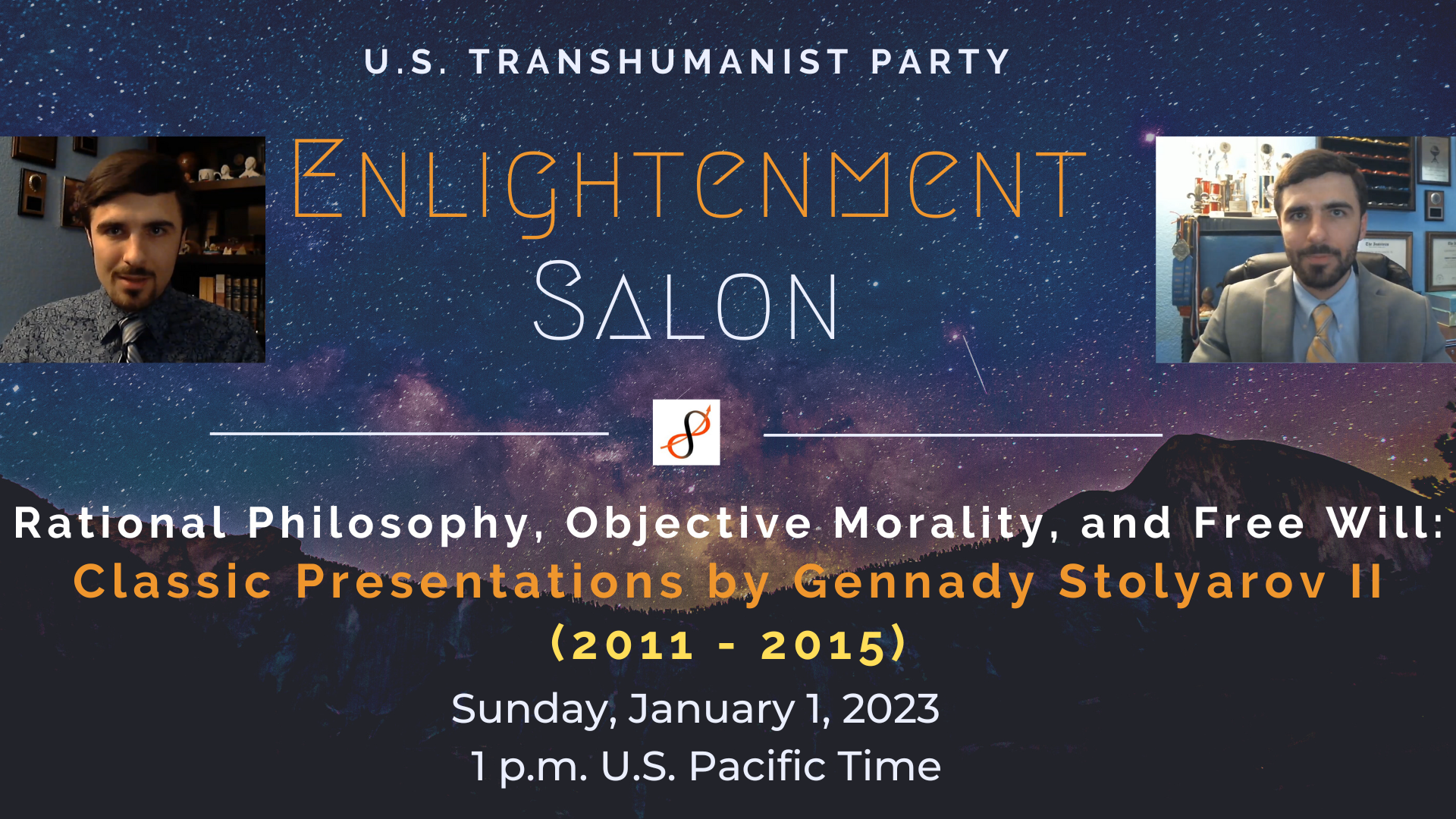