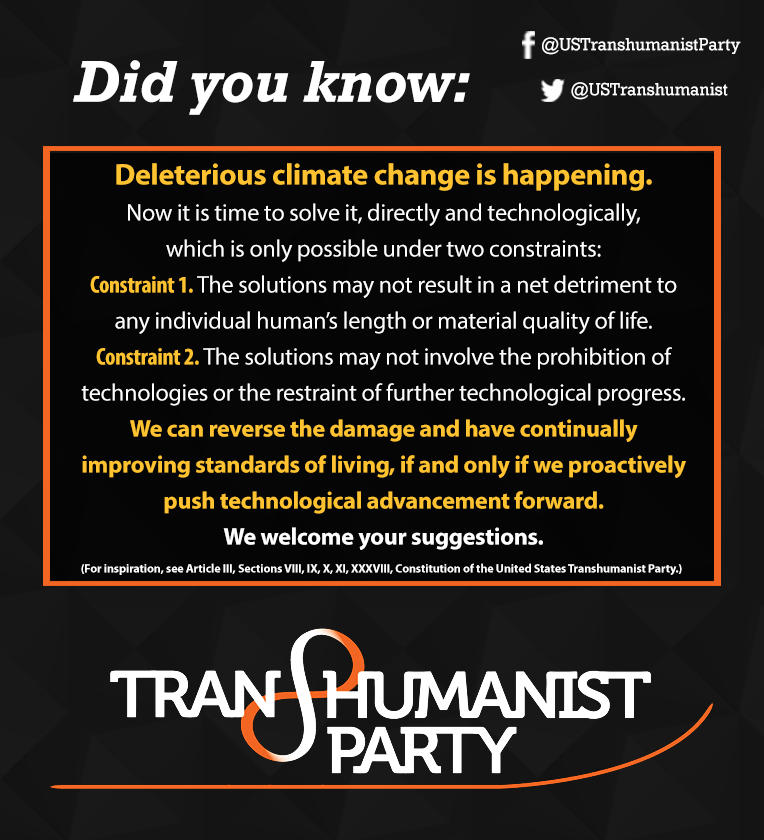 The electrical grid is a concern for every citizen in our society. Without it, we, as an advancing society, would be thrown backward in advancement or at least heavily thwarted in achievement until we get the problem fixed. Just thinking about how people would begin to act in a situation where the grid went down strikes fear in the hearts of millions. This is supported by the observation that “doomsday prepping” has became more mainstream. This is a situation that could be even more devastating for transhumanists.

An EMP attack strong enough to take out the electrical grid could be the equivalent to a transhumanist having a stroke. Imagine your mechanical arm or leg being shorted from such an attack. It literally could paralyze those who have chosen to or medically needed to utilize such a device. It could also be an equivalent to a heart attack. Integrated devices would no longer work; mechanical hearts, life-supporting technology would be knocked offline. The effects would be devastating. Battery backups, if unaffected, would have limited life spans or have power greatly reduced due to lack of working energy resources to recharge.

Unfortunately this will be a real threat to transhumanists. The possibility of getting all nations to use nuclear power for energy purposes only – especially those that believe they must retain the concept of mutually assured destruction and rouge nations – is slim to none.

Now that I have doomed and groomed us, let me bring some mitigation to the table. We as transhumanists must first advocate for the dismantling of such weapons by all nations in unison. The probability of this happening with such nations a North Korea and Iran is probably very low. Yes, I just brought us some more doom and gloom, but advocating for such a thing should not be overlooked either as the world develops.

The second mitigating factor would be for us to harden the grid. Let us advocate to protect our transformers, power lines, and plants. This can be achieved but will cost the taxpayers. The Foundation for a Resilient Society estimated in a May 13th, 2015, study that the cost to taxpayers of hardening the grid would be between 10-30 billion dollars.*A small tax or movement of existing taxes to protect the grid would be cost-effective and could help protect us from EMP attacks and save lives. This would increase our national security and should be brought to the attention of your lawmakers.

Aside from strengthening the grid itself and advocating for the dismantling of EMP weapons, public or privately made EMP safe rooms should be developed and funded. These would essentially be bunkers for transhumanists who rely on technology for “life” and require electronic equipment not strong or hardened enough to withstand an EMP. Equipment to detect an attack early would also be essential.

I’m sure there are more brilliant ideas out there about how to mitigate EMPs early. But the most important thing to take away from all this is EMPs are a real threat to both transhumanists and those who choose to live a non-transhumanist life. It is our right not to be injured or killed by an EMP. It is our duty to encourage our lawmakers to protect our rights by hardening the grid, developing early-warning systems, developing EMP-safe bunkers for transhumanists and essential sensitive electronic devices, and ultimately advocating for the dismantling of EMP-type weapons.

Cody Meadows is a member of the U.S. Transhumanist Party and submitted this article as a guest post.