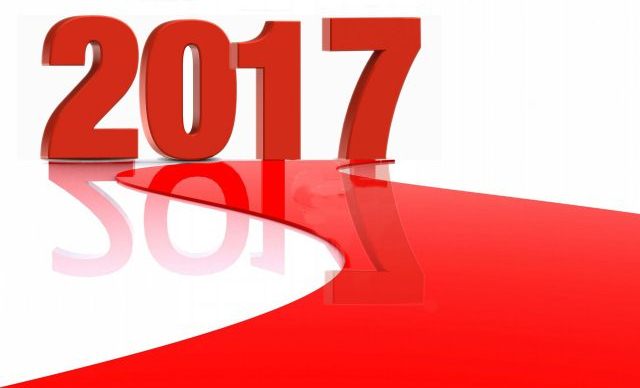 Editor’s Note: In this article, Mr. Nicola Bagalà highlights various events of rejuvenation biotechnology in the year 2017.  This article was originally published by the Life Extension Advocacy Foundation (LEAF).

This year has been pretty intense, with a lot going on both at LEAF and in the rest of the community. January saw the launch of the LEAF website, shortly followed by both the Lifeboat Foundation and Trust me – I’m a biologist partnering with us. Given that it’s been only a year, we’re amazed at how enthusiastic and supportive the community has been—and how fast it has grown, with nearly 30,000 Facebook followers late in December! We’re also very grateful to our friends at Fight Aging! for their encouragement, support, and appreciation for our work, including honoring us by featuring it on their website!

In February, the CellAge campaign launched in late 2016 concluded successfully, also thanks to the matching fund put together by Longecity. That’s also when LEAF President Keith Comito met Mikhail Batin to discuss the Russian initiative Open Longevity and when Series A funding was announced for LYSOCLEAR, a LysoSENS-based approach to treating macular degeneration.

The Lifespan Heroes campaign was launched in the spring, and thus far, it has greatly helped us carry out our activities, especially in terms of web development—so thank you to all our generous donors!

In the spring, we also started our advocacy projects with global policymakers. During April 10-15, LEAF Board Director Elena Milova attended a training program conducted by the International Institute on Ageing (INIA) in Saint Petersburg, where she met and interviewed INIA director Dr. Marvin Formosa and former Head of the UN Programs on Ageing Dr. Alexandre Sidorenko.

Later in April, the SENS Research Foundation announced a collaboration on a cellular senescence project with the Buck Institute for Research on Aging.

The month of May was busy with conferences and networking; at the International Longevity and Cryopreservation Summit in Madrid, Elena Milova had the opportunity to interview life extension advocate Didier Coeurnelle, London Futurists Chair David Wood, Dr. Jose Luis Cordeiro, Senior Scientist at CONICET Dr. Rodolfo Goya (we hope to support his studies related to Yamanaka factors in 2018 via crowdfunding at Lifespan.io), and SRF’s Chief Science Officer Dr. Aubrey de Grey. Elena herself gave a talk about effective life extension advocacy methodologies; LEAF board member Paul Spiegel also gave a talk about the need for society to adapt to longer lives. In Paris, the International Cell Senescence Association (ICSA) held a conference discussing senescence triggers, physiological functions of senescence, and pathologies and therapies. We announced the event here.

Our Journal Club series was also launched at the end of May, for a total of eight Journal Club episodes this year, which you can watch here. The Journal Club is a monthly science show on which Dr. Oliver Medvedik hosts guests, and this show is supported by our patrons, the Lifespan Heroes. We broadcast this show live to our Facebook Page every month, where we invite the audience to ask questions and join in with the discussion.

In the summer, LEAF and MMTP co-hosted a panel featuring Dr. Alexandra Stolzing, Dr. Aubrey de Grey, and Dr. Oliver Medvedik. This live broadcast included discussions about funding, research progress, and advocacy, providing some interesting insights into the field. They were joined by Alen Akhabaev, one of the project donors who supported the MMTP project on Lifespan.io, as well as Steve Hill and Elena Milova from the MMTP and LEAF.

The AgeMeter campaign was launched on Lifespan.io by Elliott Small in July, and in August, we celebrated the first birthday of our crowdfunding platform—you could say Lifespan.io’s birthday present was the MouseAge campaign launched shortly thereafter. The campaign was successful, and the MouseAge app is now ready and expected to be launched shortly. The use of AI is trending more and more in the field of aging research, so this app is certainly only one of many that will be employed in the future.

The autumn has been, without doubt, the busiest time of the year. The Undoing Aging conference was announced by the Forever Healthy Foundation in September, as was a series of small-scale human senolytic pilot studies by Betterhumans. Almost at the same time as the AgeMeter campaign reached 100% of its goal, Dr. Aubrey de Grey joined our SAB (Scientific Advisory Board), shortly followed by Dr. Robert Shmookler Reis. At this time, SRF and the Spiegel Lab launched a collaboration on developing monoclonal antibodies against glucosepane.

Juvenescence by Jim Mellon and Al Chalabi—a thorough, investor-focused introduction to the science of aging and the world of rejuvenation biotech—was published on September 25. LEAF has published two reviews of the book, which you can read here and here.

Open Longevity ICO, a Russian project focused on conducting clinical trials of geroprotective therapies and introducing diagnoses of aging into clinical practice, was launched in September. It is currently entering the second phase of pre-ICO, and we wish Anastasia Egorova’s team good luck.

In October (which is traditionally considered the Longevity Month) we launched the #IAmTheLifespan campaign, inviting all our supporters to make videos describing what brought them to join our cause, and you can watch some of them here. To help out MouseAge, and for Inktober 2017, our volunteer Laura Weston launched a fundraiser offering her beautiful artwork as a reward for donors.

In late October and early November, the popular YouTube channel Kurzgesagt published End Aging? and Cure Aging?, which were both created with help from the Lifespan.io team. We saw overwhelming support from old and new members of the community, showing that healthy life extension is much more popular with the public than one might think.

As MouseAge reached and surpassed its goal, news started to spread that WHO was planning to leave healthy aging out of the general programme of work 2019-2023; thanks to the advocacy efforts of the community, though, WHO has received plenty of feedback on the issue and may hopefully reconsider.

During November 8-10th, the TransVision conference was held in Brussels. It was organised by Didier Coeurnelle, the head of HEALES, the Healthy Life Extension Society. Among its other objectives, the Technoprogressive declaration presented at the conference mentions the defeat of aging; it’s good to see that this objective is now considered to be of primary importance by a growing number of organisations.

During December, LEAF took part in Project4Awesome; many amazing videos were made to support us, and we’re really grateful to the community for that. It was a truly beautiful display of generosity, and not the only one; thanks to many fantastic donors, including the mysterious Pineapple Fund creator, the SENS Research Foundation has smashed its funding goals for the year. You can read more about the December highlights here.

In 2018, we will be working towards creating more major media collaborations with awesome content creators to spread further awareness about the problem of aging and the upcoming advent of rejuvenation biotechnologies.

Our web development team will be, and in fact already is, working on improving the overall user experience of our followers and scaling our systems up to meet the needs of a larger user base; we experienced a significant growth in this sense after our collaboration videos with Kurzgesagt were published, and we’re most definitely looking forward to this happening again!

Our Journal Club will, of course, continue discussing and providing commentary on the latest aging research news in the company of special guests from the biogerontology world. More livestream events are in the cards too, so keep an eye on our Facebook page, and subscribe if you haven’t already!

As the community grows larger, so does the need to establish and develop regional presences; our next objective will be starting the Russian chapter of LEAF to engage with a wider audience. Aging is a global problem, so the more communities and audiences we can get involved in the fight against age-related diseases, the better.

LEAF will naturally take part in as many events in the healthy longevity world as possible to keep our readers in the loop. A big must is definitely the March 15-17 Undoing Aging conference in Berlin, Germany, as is the April 22-26 Interventions to Extend Healthspan and Lifespan conference in Kazan, Russia. There will certainly be much exciting news to share, so stay tuned!

The Eurosymposium on Healthy Ageing—a scientific conference organized by the European aging research advocacy group HEALES—will be held in Brussels on November 8-10. It is likely that at least a few of the LEAF team will be at the event, and it is sure to be an interesting one.

Finally, of course, more exciting crowdfunding projects are in the works!