Editor’s Note: The U.S. Transhumanist Party features this highly thoughtful discussion by Jed Lye, who articulates points in favor of greatly extended longevity that are often overlooked. In particular, the author delves into the attitudinal implications of superlongevity, which would enable individuals to significantly alleviate existential anxiety, adopt longer-term perspectives, and focus on addressing large-scale societal problems and existential risks which are currently too often dismissed by those with conventional contemporary lifespans. Read this article to discover the many ways that greatly extended lifespans would benefit the individual from the standpoint of growth, insight, wisdom, prudent foresight, and profound, sustainable life enjoyment.

The most basic and obvious goal of humanity, has been a forest hiding amongst the trees in the collective consciousness of the majority. I’m talking about survival – of the organism; not just the species.

Human life extension continues to be a concept which many have trouble dealing with, certainly in any kind of conceptual volume beyond ‘a little bit more than they already have’. Yet for some it has been an inescapable and overwhelming pre-occupation of desire. “To stay the F*** alive.” Not really that much of an absurdity when you say it like that.

Indeed, this has been the case, even since the dawn of written word, evidenced by the Epic of Gilgamesh — the oldest written work ever discovered, which details one mans quest for immortality.

The ‘I’ word is a bit of a taboo in longevity fields; it conjures up all kinds of negative connotations. Moreover, it’s ultimately not what longevity advocates are aiming for, and this has to be cleared up. We’re talking about medicine that stops us growing old. In the last decade, after taking a close look at all of the evidence available the greatest minds and most powerful people in the world have come to the inescapable conclusion; we are not that far away from stopping ageing in a person.

Whilst this type of statement causes the majority of people, who naturally are terrified of anything this obscure, to start shrieking like harpies about any one of a number of ill-conceived objections, it’s happening. If you’re in disbelief at this stage, you can Google some terms and see that everyone from Bezos, ‘the Zuck’, Musk, Kurzweil, and Thiel, to Google’s sister company Calico are all set about racing to get there.

You see, for much of history, whilst the tech was so far away from maturity, it has been irresponsible and absurd to spend time chasing after this pipe-dream. But now, as we stand on the precipice of the greatest feat of science and engineering ever to be conceived, it becomes irresponsible not to.

Simply put: the faster it happens, the more of our treasured loved ones we can save.

For the purposes of this article, we’re going to skip right past the technology and science, and dive right into social implications. Unfortunately, as with many technological advances, the perception of this idea, or of the people who desire it, has been a negative one, with flavors of narcissism, megalomania, or worse: fanaticism. But again, as with so many technological advances, the reality will manifest regardless of these perceptions, and in all likelihood, be rather less exciting.

Now, that is not to say that staying alive isn’t exciting, or indeed, very exciting. But it will fall short of the marvelous depictions through the realms of cinema and books which present the entire world in states of dystopia or utopia. The world will not overpopulate in a single generation, life won’t suddenly become completely meaningless, nor will we reach instantaneous enlightenment and come together as single unified race, collectively solving all the other problems which trouble us day to day. Alas!

In fact, you will still need to think about your bills, take the dog for a walk, and look both ways when you cross the road. You will just be able to do all of these things, with a little less anxiety, to be in a bit less of a rush, to know that, as you stand in the park on a sunny evening, watching the city move forward around you — you aren’t so soon to be leaving it all behind, for the world to carry on without you into untold wonders. You can take a breath and rest easy in the knowledge: You get to be part of it all!

You get to stick around. 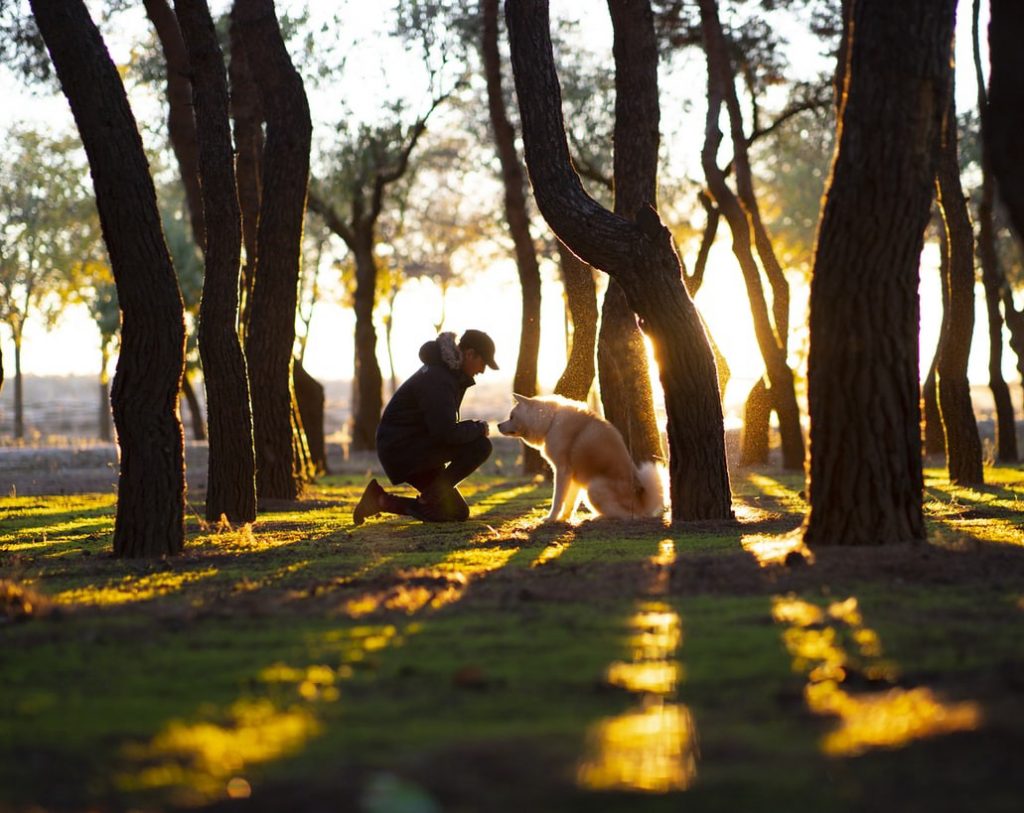 The primary difference between this current, pre-survival world, and the post-mortality world will be that our actions, and our future, have MORE [explicitly not less] meaning. The reckless abandon with which we sometimes live moments of our life, often to the detriment of ourselves and others, will no longer be universally justifiable with the calling excuse of “Oh, well; going to die someday anyway, might as well enjoy the moment.”

Now, for some this also seems to beg the question, “Will we enjoy our lives as much if we are not going to age?”.

We think this sounds like an absurdity, although, maybe that’s just us?

Experience suggests that life will likely be experienced with more patience, long-lived and deep-seated rolling feelings, not of ultra-transient moments of fun or anxiety or anger. That happens naturally as we age anyway and become wiser. We learn the benefits of enjoying less exciting activities in favor of productive calm ones. We learn to trade off short-term fun in exchange for long-term happiness. As lives suddenly stretch beyond the current limits, and our health and youth are maintained for centuries, this wisdom and maturity of experience can only lead to greater gains in emotional stability and insight.

The existential awareness that we all have, and which dominates much of philosophy and the core of ethics seems to intrinsically suggest that if our lives weren’t constantly experienced through the painful lens of existential transience — that is, knowing every moment that we are alive that we are soon to die — then surely the human condition would be significantly improved. If not least, because of the ability to experience more of the world, its cultures, people, art, and teachings. 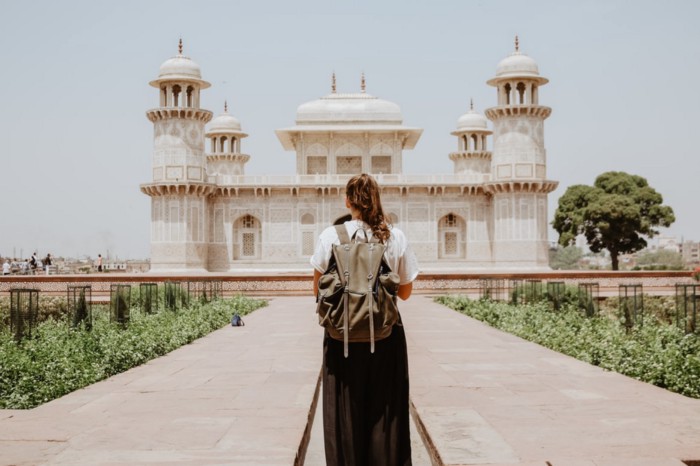 Still, this is a bit abstract, and so let’s try to look at a more granular level to see what’s likely to happen and extrapolate some experiences to their logical conclusion, should we be able to surpass this hurdle in our lifetime.

Ultimately we see improvement in the world when people are genuinely accountable, when their actions have tangible consequence. It’s the basis for developing morality when we are children, and the central architecture around which the justice system, politics, economics are all built.

The consequences of our actions is a concept we tend to learn with sometimes shocking clumsiness through life and barely have a grasp on by the time we become grandparents. How often do we look back at our youth, wishing we had the knowledge we do now combined with the energy and time?

It seems logical that, with the near-eradication of mortality through medicine, this learning remains instilled in the population for much longer; people would stick around for centuries acting upon it, instead of being replaced by a new generation whose members tragically have to make the same mistakes all over again.

The old adage ‘Youth is wasted on the young’ is fortified with the understanding that wisdom is impotent without energy. Through loss, through mistakes, through developing an understanding of the benefit of long-term investment in projects, we learn great lessons, which the general population promptly loses when we die. This is something we consider to be the greatest benefit of people staying alive. 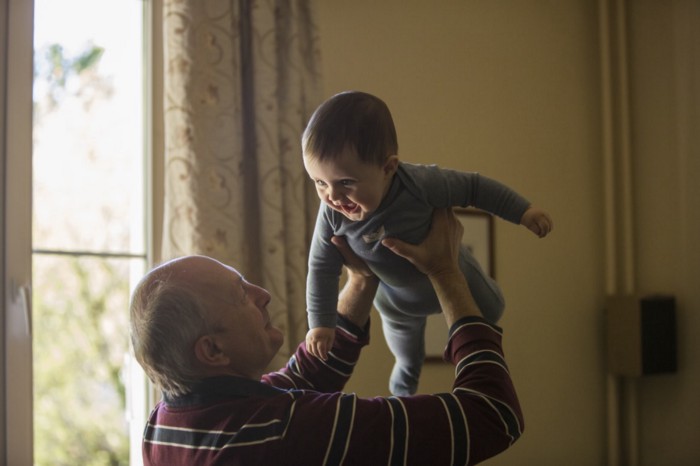 Another key difference: health. Our approach to our health would be drastically changed. If you aren’t going to ‘die anyway’, the need to advocate for your own health and live in a healthy way would be of supreme importance, and not just an afterthought to enjoyment. Knowing that if we make good decisions, we can actually avoid ageing and death, would be pivotal to our life experience, and instead of adding a few years here or there, would have real meaning, real impact.

What is good for us — healthy decisions physically and mentally, and those which steer away from existential risk — are often the ones least associated with detrimental effects on society. So it’s a pretty safe bet that a planet of people acting in healthy ways has synergistic, as well as additive effects on global wellbeing. You add consequence, you get conscientiousness.

Sustainability: this one is a no-brainer. The need for making our lifestyles sustainable, has reached the forefront of everyone’s mind, the reason being is that the consequences are being demonstrated, increasingly, to be just around the corner, or worse yet, already upon us. It’s been easy for the less empathetic members of society to overlook the problems of global warming and climate change, pollution and deforestation, as these phenomena have not yet been observed to be effecting them.

Indeed, part of the greatest challenge for humanity is empathy, understanding the perspectives of others and the consequences of our actions on others. With everyone sticking around indefinitely, our actions again become overwhelmingly important, and strangely, this makes it all the easier for those who lead our great nations, to see the problem, when it affects them directly.

These are just a couple of important examples. You see, with health and sustainability, just like with all our problems, they become all the more important on a longer time scale. Moreover, they become the problems of the people that are alive, and not those of some esoteric ‘future generation’. Life extension and its social effects play to the great human motivator — rational self-interest. Regardless of empathy or not, if you’re around see the consequences of all the actions of society, it makes the actions all the more important and necessitates social conscience to a greater degree.

It seems evident that major life extension makes absolutely everything more important; it gives meaning to everything. With that come mindfulness, consideration, and conscientiousness. No, the world won’t become a dystopian nightmare of inequality; no, we wont suddenly be divine in our actions. But we will probably be a little more forward-thinking, mindful of our decisions, and less troubled by existential anxiety. Frankly that sounds like a future we all want anyway!

If nothing else, we can look forward to spending more time than we are currently ‘allotted’ with our family. Instead of a pressure-filled existence, marred by the angst of dwindling time and the need to reach life’s checkpoints of college, employment, marriage, and raising some cubs; all in a timely manner. The serenity of knowing we have all the time in the world to love each other — that’s motivation enough, for me anyway, to be dedicated to solving this problem. 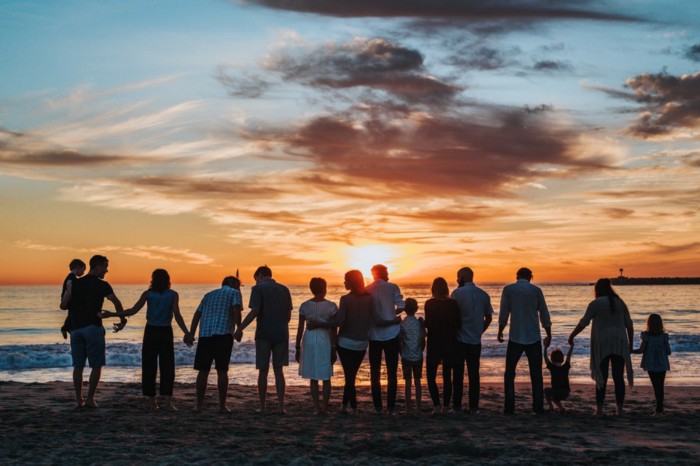 Jed Lye is a scientist in the United Kingdom and father of three, who loves sport, outdoors, reading, technology, and business.