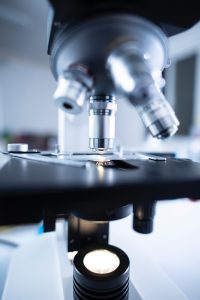 We pass through this world but once. Few tragedies can be more extensive than the stunting of life, few injustices deeper than the denial of an opportunity to strive or even to hope, by a limit imposed from without, but falsely identified as lying within. – Stephen Jay Gould

Editor’s Note: In this essay, which constitutes Chapter I of Gennady Stolyarov II’s 2004-2005 treatise A Rational Cosmology (most recently updated in its Third Edition in 2013 and freely available here), the author writes that the specific-observational sciences can tell us the mechanisms involved in particular entities, qualities, or relationships. They cannot, however, tell us whether or not something is an entity, a quality, or a relationship (or neither of the three, for that matter). That is the province of cosmology. Mr. Stolyarov also highlights the fact that ontology deals with the conceptual underpinnings of all existence, whereas cosmology deals with the observational underpinnings thereof.

Contemporary science is often prevented from further progress by a fallacy which forms a glaring breach between its findings and the conclusions and observations ubiquitously available to any man whose five senses function properly.

This fallacy is not as blatant as the superstitions of old. It is not a belief in witches or cosmic spirits, but rather a new form of denying the evidence of man’s most common faculties. It has been nurtured by a long line of philosophers, but its greatest emergence was seen during the twentieth century, a time when science often succumbed to subjectivism, unverifiable theorizing, the dominance of “intuition,” groupthink, and ultra-specialization which detached scientists from any findings or interactions outside their bizarrely narrow fields.

This superstition can be called many names, but its most comprehensive, and the one that shall be used throughout this treatise, is empiricism-positivism.

Empiricism-positivism is not the same as reliance on empirical observation or evidence. It is not the same as empiricism per se, a philosophical strain that emerged in the 17th century and was fortified in the 18th century. The empiricist wing of the Enlightenment – comprised of thinkers such as Francis Bacon, John Locke, and David Hume – made considerable contributions to the advancement of science and philosophy as humankind was emerging from a dark, theocratic, dogmatic era. These empiricist thinkers were not always right (Hume’s “is-ought” dichotomy is a good example of some pitfalls of early empiricism), but they did make strides forward in terms of rendering reality more knowable and explicable through the use of systematic observation of the external world and logical derivations from such observation. Empiricism of this sort made valuable contributions to the scientific method as it can be and ought to be practiced.

Empiricism-positivism is a more recent doctrine that, unlike the earlier empiricism, limits the scope of possible human knowledge instead of broadening it. One of its first progenitors was the originator of the term “positivism”, Auguste Comte, who lived from 1794 to 1859. The logical positivist movement in Berlin and Vienna during the 1920s and 1930s further formalized this doctrine, rejecting as meaningless or “unscientific” any sort of metaphysics or ethics in philosophy or any sort of certainty in universal knowledge derived from the everyday human observation of reality.

Very mildly put, today’s empiricism-positivism holds, as its fundamental tenet, that any assertion, no matter how general, depends on some single particular observation or some specific set of particular observations. The empiricist-positivist will claim that one cannot make any conclusions about space or time without first studying advanced quantum mechanics. He will claim that one cannot make any generalizations about human nature independent of the historical context of any given time period.

But what will the empiricist-positivist say to the man who dares proclaim, “I exist!”? Is this a statement contingent on further observations? Can some further piece of evidence come along during that man’s lifetime which can disprove his assertion?

What about another basic proposition: “Existence exists!”? Can some new twist of quantum mechanics or ultra-microscopy refute that?

It is clear that, to base science, the quest for knowledge, on a doctrine that postulates man’s perpetual ignorance and uncertainty, is a clear contradiction that fundamentally undermines the very purpose of science. The result is the unfortunately far-too-limited state of many of today’s scientific branches. They can do so much more; they can open doors into massive improvements in human well-being, derived from the harnessing of the laws of nature; they can explore and harness the interrelationships among all fields of human knowledge, since all knowledge is knowledge of the same reality. But many scientists do not venture there, largely due to institutional and societal discouragement. With emerging exceptions from pioneering scientists who dare to challenge convention, mainstream academic explorations remain confined to what is deemed acceptable within the empiricist-positivist orthodoxy of our time. People who propose new approaches are too often ignored at best, and sometimes derided and vilified. An academic protectionism has emerged, where adherence to the reigning theories, paradigms, and views of the world is seen as the only way to get ahead, and entry into the realm of discussion by creative outsiders is discouraged.

To be clear, observation is critical to scientific progress; no man’s mind can operate in a vacuum. Man’s inherent capacity for rational thought is useless unless he has something to think about. However, true science, as a quest to systematize human knowledge, must depend on all observations, not just the esoteric or highly particular ones. In order to overcome the errors of empiricism-positivism, it is necessary to recognize that besides particular observations, there exist ubiquitous observations that any man can grasp and use to better understand reality.

The Axioms of Existence, Identity, and Consciousness

There exist certain conclusions that are available to all men, no matter what their age, intellect, or degree of scientific expertise. Nor does it matter what particular objects these men observe when they make these conclusions, as such conclusions do not entail one or several particular observations.  Rather, they entail the capacity to make any observations whatsoever, and are verified whenever one makes any observation. These propositions are what are often termed “common sense,” a fitting description, as they are derived from those things that all human beings can sense, from observations common to all of us.

At the root of such propositions lie the axioms.

An axiom is a self-verifying statement. It cannot be proved deductively, because it is, in itself, the foundation upon which all further proofs are built. Nevertheless, no matter what one says, sees, or does, such speech, observation, or action will verify the axioms. Philosopher Ayn Rand identified three fundamental axioms which are inextricably attached to each other, and are demonstrated unceasingly in everything that exists:

Even in the attempt to deny them, these axioms will hold. If one stated, “existence does not exist,” it would be a matter of great wonder how one could make such a claim, being a part of existence as one is.

If one stated, “nothing has any identity,” this would bring up the question, “Why did one use the word ‘nothing,’ which really means, ‘no thing?’ If there is no such thing as identity, then, what is a thing?” If one stated, “Consciousness does not exist,” the speaker would need to not exist in order for such an assertion to be true. After all, such a statement did spring from his consciousness!

Since even the attempt to refute them in fact confirms their truth, the axioms of existence, identity, and consciousness can be recognized as certain and serve as a foundation from which further basic knowledge about existence is arrived at and evaluated. In order to be considered true, any other proposition must be in accord with the three fundamental axioms.

The Natures and Tasks of Ontology and Cosmology

A quality, on the other hand, is not a thing or an entity in its own right. Rather, it cannot conceivably exist except as an attribute of the entities that exhibit it. For example, there is no such thing as “the color red”. The color red cannot be imagined to exist outside of those things which are red: red paint, red letters, red furniture, red vegetables, etc. There cannot be a “pure quality” apart from the entities that possess it.

Ontology is the branch of metaphysics that focuses on what entities and qualities are, how to distinguish between them, and how to categorize relationships between and among entities, as well as the various states under which various entities and their relationships may be classified. Within this work, it will be my task to develop ontology to a level necessitated by the discussion of a branch of metaphysics which is derivative from ontology – namely, cosmology.

For many years, cosmology has been misclassified as a “natural science” or, worse, a branch of physics, rendering it fashionable for such scientists as Stephen Hawking to offer speculations about space, time, and the universe which are in fact the province of philosophy, not physics, to explicate. Hawking’s specific conclusions are sometimes right, but he is thoroughly wrong to dismiss the value of philosophy in resolving questions about the natural world. Now, however, an alternative view, based on reason, common sense, and the observations humans make every moment of the world around them, can supplant the false cosmology of contemporary physicists.

The Distinction between Physics and Cosmology

I use the term “specific-observational” as distinguished from “general-observational”, which would be the basis for such sciences as philosophy and mathematics. There is no true science which does not have some kind of observation behind it, but this does not have to be observation under the narrow empiricist-positivist definition which equates observation with experimentation.

Cosmology, on the other hand, is not derivative of physics, but rather far more fundamental, as it depends on general, not specific, observations. It asks: “What entities/qualities/relationships exist universally, and are ubiquitously observable?”

The detailed study of cats and dogs is beyond cosmology (they are studied by biology), because there is the possibility that a given man, in a given setting, will never encounter cats or dogs. Cosmology can only say that cats and dogs are “entities.”

But what is meant by “space,” “time,” “universe,” “shape,” “color,” “light,” “matter,” “dimension,” and numerous other commonly used terms, cannot be escaped in any environment. Every man will have need of using such terms to describe the world he observes, and the task of cosmology is to discover what such terms actually refer to!

Cosmology can be quite useful in identifying and discarding erroneous or unwarranted statements made by contemporary scientists, when they venture outside their field of categorizing and explaining specific observations and phenomena, and into making generalizations of a metaphysical scope about the nature of some of the aforementioned terms.

It is perfectly within the scope of physics to discuss the behaviors of subatomic particles inaccessible to the unequipped eye, or to discover that the relationship “sound” is made manifest in wavelike phenomena. Physics, however, can never rationally venture to state that a particle is not an entity, or that a sound is not a relationship. That is the province of cosmology as a branch of philosophy.

To summarize: the specific-observational sciences can tell us the mechanisms involved in particular entities, qualities, or relationships. They cannot, however, tell us whether or not something is an entity, a quality, or a relationship (or neither of the three, for that matter, as shall be seen in later examples). That is the province of cosmology.

Read the entirety of A Rational Cosmology for free here.

Gennady Stolyarov II is the Chairman of the U.S. Transhumanist Party. Find out more about him here.