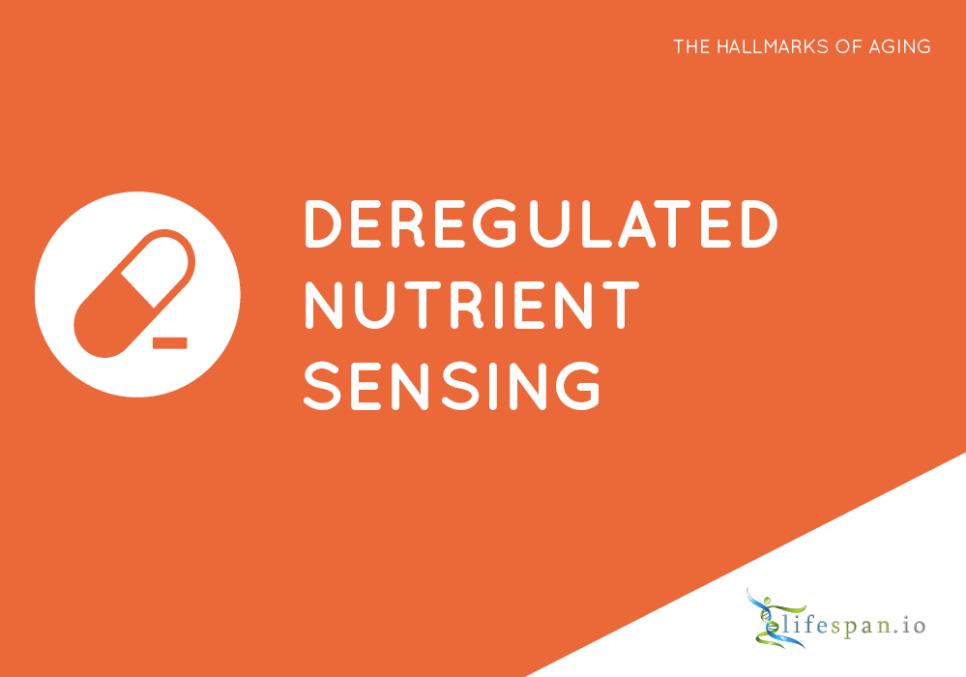 Editor’s Note: In this article, Ariah Mackie explains that there are four key proteins involved in nutrient sensing that might be key contributors to aging.  This article was originally published by the Life Extension Advocacy Foundation (LEAF).

As part of our ongoing series covering the hallmarks of aging, we are taking a look at deregulated nutrient sensing today and how these four pathways regulate metabolism and influence aging.

To understand studies on nutrient sensing in the context of aging, let’s introduce four key protein groups. In this post, we’ll explore the pathways they help control and how they affect aging. These key proteins are IGF-1, mTOR, sirtuins, and AMPK [2]. We call these proteins “nutrient sensing” because nutrient levels influence their activity [2].

IGF-1 and the IIS pathway: The Basics

Attenuation of the IGF-1/GH pathway (IIS) appears to improve lifespan in several model organisms [1]. For example, PI3K mice, which have a weakened IIS pathway, live longer [2]. Additionally, FOXO, a transcription factor (a protein that affects the production of RNA), lengthens lifespans in worms and fruit flies by attenuating IIS signaling [2]. In other studies, IGF-1 improves healthspan even when it does not lengthen lifespan [2].

There’s also evidence of a harmful impact when IGF-1 activity is high. Higher levels of IGF-1 are associated with increased risk of some types of cancer [1]. This increased cancer risk might be due to IGF’s ability to promote pathways that result in increased cell production [1].

One explanation for this weirdness is that it’s a last-ditch measure of the organism to increase its own lifespan. Yet, this short-term decrease in IIS activity can be harmful. In fact, it is so harmful that IGF-1 supplementation is beneficial [2]. What this seems to point to is a dichotomy concerning the expression of IIS. Overall, it looks like turning down the IIS pathway is good over the long term for longevity. This might be because it causes the reduction of metabolism and cell growth, which lessens wear and tear [2]. However, the body’s attempt to do the same in later life goes too far and too late to be truly beneficial.

How IGF-1 affects human lifespan is still fuzzy as well [1]. On one hand, there is an indication of a longevity effect with reduced IGF-1 activity in those with Laron syndrome (who don’t have functional growth hormone receptors), female nonagenarians, and extremely long-lived people [1]. Yet, the epidemiological data is not clear enough to be conclusive on IGF-1’s effects on humans [1]. This is partially due to the difficulty of structuring epidemiological studies on IGF-1, as many external factors, such as nutrition, can confound results [1].

Mechanistic target of rapamycin (mTOR) is composed of the mTORC1 and mTORC2 protein complexes. It senses amino acids and is associated with a nutrient abundance [2]. It is a kinase, which means it adds phosphates to molecules [2]. mTOR is a champion regulator of anabolic metabolism [2], the process of building new proteins and tissues. In this way, how it functions is similar to the IIS pathway [2]. At any given moment, the metabolism is either breaking down old parts (catabolism) or building new ones (anabolism). Both mTOR and the IIS are part of the anabolic side of metabolism.

Lower activity of mTOR lengthens lifespan in model organisms, such as mice, yeast, worms, and flies [2]. Along those lines, mTOR activity increases in the hypothalami of aged mice, which promotes late-life obesity. With rapamycin, an inhibitor of mTOR, these effects are ameliorated [2]. As is the case with, IIS, lowered expression of mTOR is not always beneficial. Low expression of mTOR can harm healing and insulin sensitivity and can cause cataracts and testicular generation in mouse models [2].

Sirtuins are a family of proteins that act as NAD(+) dependent histone deacetylases [2]. To explain what that means, let’s start with histones. Histones are the proteins that DNA wraps around. They serve as a way to compact the DNA (which is very long) in the nucleus, especially during cell division. Histones also help control the expression of genes by spatially making some genes more or less available for proteins like RNA polymerase to attach. On histones, there are lysines, a type of amino acid. It is on these lysines that histone deacetylases remove acetyl groups, which are small molecules. If that sounds too confusing, remember this: adding or removing acetyl groups helps control the expression of genes. In such a manner, sirtuins help control gene expression.

Sirtuins detect when energy levels are low by sensing the coinciding increase of NAD+ [2]. They also help control catabolic metabolism [2]. Upregulating some sirtuins produces anti-aging or health-promoting effects [2]. However, some sirtuins have only weak effects in some species, which makes summarizing their effects difficult. For example, in worms, higher expression of SIR2 yields only slight gains in longevity [2]. Overexpression of SIR2’s most similar counterpart in mice, SIRT1, appears to improve health during aging but not lifespan [2].

Another mouse sirtuin, SIRT6, seems to promote longevity more robustly [2]. Mice deficient in it experience accelerated aging. Conversely, turning it up results in increased longevity [2]. There is also SIRT3, which has been shown to help the regeneration ability of old hematopoietic (blood and immune cell producing) cells when overexpressed [2].

AMP-activated kinase (AMPK) senses AMP (adenosine monophosphate) and ADP (adenosine diphosphate). These long-named molecules are present in higher quantities when nutrients are scarce [2].Therefore, it is easiest to remember AMPK as a sensor of fasted or calorie-restricted states and catabolism [2]. Molecularly, AMPK acts by adding phosphates to serine and threonine [3]. By doing so, AMPK helps regulate metabolism [2].

Like sirtuins, higher activity of AMPK has longevity-promoting effects [2]. To illustrate, metformin, a diabetes drug that appears to have a life-extension effect, activates AMPK in mice and worms [2]. Calorie restriction, which is known to increase lifespan in at least short-lived animals, can also increase the activity of AMPK [3]. Conversely, less AMPK sensitivity due to cellular stress results in oxidative stress, reduced autophagy, metabolic syndrome, more fat disposition, and inflammation [3].

In summary, there are four key proteins involved in nutrient sensing that might be key contributors to aging. Turning down the pathways of the first two, IGF-1 and mTOR, promote longevity. Both of these are involved in anabolic metabolism (building tissues) and increase in states of nutrient abundance[2]. Conversely, turning up the activity of the last two, sirtuins and AMPK, helps longevity. They work to promote catabolic metabolism (breaking down tissues) and increase with nutrient scarcity [2].

Ariah received a Bachelor’s Degree in Biomolecular Engineering from the University of California in Santa Cruz in 2016. Her career interests are in regenerative medicine for aging, teaching, computational biology, genomics, and bioinformatics.