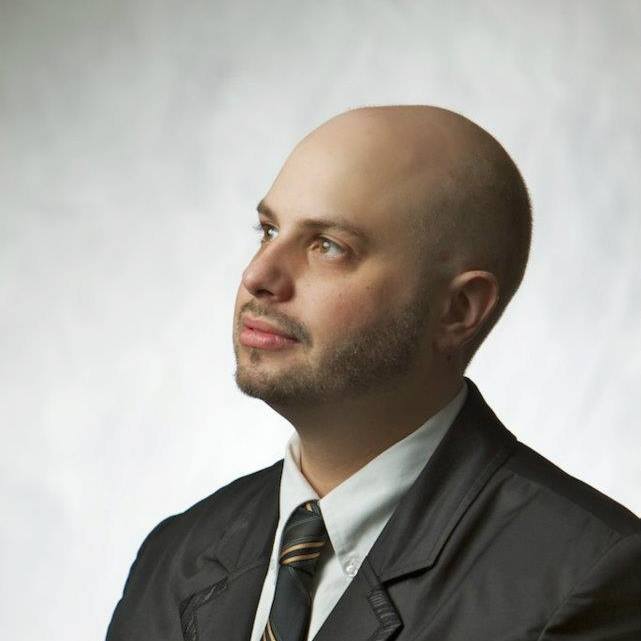 Independent journalist Kristan T. Harris enjoys a national reputation as a premier political activist, business leader, journalist, and futurist. Harris was elected and served on the GOP Platform Committee, in which he advocated reform of many GOP State Platforms, including:

* Welfare relief through charitable organizations, increased tax breaks for those who donate

* Free-market economy and a full audit of the Federal Reserve

The majority of these platform proposals passed and were accepted. Shortly afterward, Harris campaigned for State Assembly in Wisconsin. He has a fundamental understanding of the U.S. Constitution and how laws are passed; he would be best described as a classical liberal or libertarian. In 2014 Harris was featured as one of the top 40 libertarian minds under 40 years of age by national libertarian talk-show host Tony Stiles and still remains active in the libertarian movement today.

Harris is an unbiased journalist, and his writings on the Common Core curriculum, sustainable development, militarization of police, and government corruption have reached millions of readers. This candidate has interviewed many experts in the technological field, becoming well-educated in future technologies, beneficial advancements, and ethical concerns of transhumanism.

We can do this by bringing education of the benefits and concerns of transhumanism to the public school system, politicians, scientists, and the media.

I agree most with Section VII, which states, “The United States Transhumanist Party supports maximum individual liberty to engage in scientific and technological innovation for the improvement of the self and the human species.”

But without freedom we cannot have liberty. That is why violations of the Constitution and invasive uses of technology, such as metadata collection, citizen rankings, and censorship are such a threat to our individual liberties. They control our behavior to steer us to become as society feels we should be instead of our own individuals whom we choose to become.

Invasion of privacy has become the normal accepted behaviour by our government and major corporations. We can end these intrusions through cellular and internet cloaking and easily restore our privacy and the 4th Amendment.

Since going away from the gold standard, the American dollar has lost the majority of its value, weakening its buying power locally and globally. We can fix this through cryptocurrency and blockchain, backed by sound currency, and thus restore our buying power.

Another prominent issue is our welfare society. I would begin to change this by lobbying for charitable medical clinics largely supported by automation and robotics. I also would inspire job creation by eliminating the income tax and putting more money into citizens’ pockets, allowing them to be more charitable.

Unfortunately the only aspect of contemporary American politics that works is lobbyism. Every major department and the area it oversees, from health care to education, is broken as a result of it. Eliminating lobbyism would inspire politicians to do what is in the best interest of their constituents and not bend a knee to corporatism.

* Non-interventionist foreign policy through diplomacy. We are not the world’s police. Bring home the troops and eliminate state income taxes.

* End the Department of Education and give control to state and local municipalities for better education.

* End Medicaid and Medicare by expanding charitable hospitals and providing substantial tax breaks for medical personnel and businesses who donate their time and money.

I hope to bridge the gap of understanding  between transhumanism and the general public. Conservatives are prominently apprehensive to the collective ideology of transhumanism because of its ethical concerns, whereas the majority of liberal-minded individuals are accepting of advancements of technology and often are not attentive to ethical concerns.  I can bring more acceptance of transhumanism among conservatives while bringing ethical debate among liberals. I’d do this by honoring religious communities’ rights to not partake in technologies that are in violation of their personal beliefs and bringing awareness to organic and natural transhumanism solutions which will allow them the opportunity to benefit. I will also bring awareness to ethical concerns on topics such as designer babies, bio-hacking, citizen rankings, animal-human hybrids, cloning, weather modification,  A.I., genetic engineering, and cryptocurrency, to name a few.

The U.S. Constitution is still relevant and fully compatible with Transhumanism. However, because of lobbyism, federal intervention, and corporatism, many parts of the Constitution are no longer enforced. I believe we should simply not ignore the Constitution; however, if it’s the will of the people to have it changed, this should be done properly through Congress and not just ignored.

A perfect example of this is a vote by Congress on whether to go to war or not. We should not be getting involved in other nations’ skirmishes to spread freedom if we cannot even uphold the U.S. Constitution and freedom within the United States. If we ignore a vote in Congress, then there is no voice for or accountability for those in Congress to the United States citizen.

If elected to represent the Transhumanist Party, I would make myself readily available and dedicate the next 4 years to public speaking engagements, social media, journalism, and talk radio to bring awareness to key benefits and concerns. I would also gather insight and information from both my fellow Transhumanist Party members and the general public in order to improve the organization.

This starts with education. I believe everyone has different needs, learns differently, and has different uses for transhumanism. We need to acknowledge what those needs are and surgically appeal to each individual.