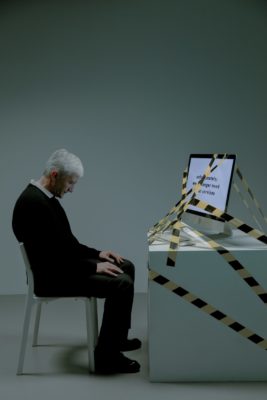 The great thing about getting older is that you don’t lose all the other ages you’ve been.

Author’s Note: Madeleine is mostly correct, but at a certain point people will begin to be affected by Age-Related Cognitive Decline (ARCD). It is our job as Transhumanists to continue to push that point to later and later ages, until we can finally eliminate it entirely, and preserve perfect memories of every occurrence.

In a recent “Progress, Potential and Possibilities” interview with Dr. Jean C. Accius, PhD of AARP, a series of data analyses collectively called “The Longevity Economy Outlook” was discussed. A few interesting statistics were presented:

Age discrimination was defined as being passed up for a promotion, being let go, or hearing negative remarks related to their age.

For item two above, I take issue with the wording they used; in my opinion it should read “…have seen or experienced what they believed to be age-related workplace discrimination.” The source population was a poll of employees, the population that would be discriminated against. They didn’t poll an equal number of employers, the ones who would be doing the discriminating.

Imagine polling a group of ABC Corp workers and asking, “Do you think ABC Corp has a high-enough salary for its employees?” and then presenting the findings as “Four fifths of all Americans are underpaid.”

It should be plainly obvious that no sane employer would ever say “Oh yeah, Larry? I fired him because he was old.” They will instead always find an alternative reason to let him go, even if the auxiliary reason is still fundamentally tied to age-related factors, Age-Related Cognitive Decline (ARCD) in particular.

The law was intended to protect a vulnerable population, but it seems that there is an easy loophole that would allow an employer to continue to discriminate.

In this series of essays, I will be exploring how our current legal structure defines and enforces protections for the elderly, be briefly surveying some research confirming the existence of ARCD, be analyzing a successfully-litigated case study of age discrimination and be speculate about how future technologies may impact both future law and future ARCD prevention efforts.

Our current legal structure lacks some clarity on how discrimination is interpreted in hiring/firing situations. Here is the relevant section from the Age Discrimination in Employment Act of 1967 (ADEA):

It shall be unlawful for an employer-

(1) to fail or refuse to hire or to discharge any individual or otherwise discriminate against any individual with respect to his compensation, terms, conditions, or privileges of employment, because of such individual’s age;

(2) to limit, segregate, or classify his employees in any way which would deprive or tend to deprive any individual of employment opportunities or otherwise adversely affect his status as an employee, because of such individual’s age; or

(3) to reduce the wage rate of any employee in order to comply with this chapter.

So how does our corporate culture adapt itself to the legal ramifications of this act? In the next essay, we’ll talk a little bit more about Larry, and I’ll tell you why some companies can now easily get away with getting rid of him while others cannot.