For the holidays, U.S. Transhumanist Party Chairman Gennady Stolyarov II offers this first-ever recording of an old proto-transhuman work by Louis Moreau Gottschalk, made new through the power of technology.

Louis Moreau Gottschalk’s piano transcription of Carl Maria von Weber’s 1826 Oberon Overture for four hands has seldom been performed in public, and no known recording existed of it until now. Gottschalk (1829-1869) created it in 1857, and the last documented public performance was by Eugene List (1918-1985) in Spring 1979, as briefly mentioned in a May 4, 1979, New York Times article by Joseph Horowitz.

While there exist many transcriptions of the Oberon Overture, Gottschalk’s is absolutely, monumentally unique in its extent of ornamentation, thunderous intensity, and virtuosic passages (which will be unmistakable to the listener). Perhaps the demands that this piece would place on human performers explain the rarity of any attempts to play it. It is likely that only a few remarkable pianists throughout history, including Gottschalk himself, would have had the skill, endurance, and proto-transhuman mental processing power needed to carry it out without fail.

Fortunately, with musical notation and composition software, combined with increasingly realistic digital instruments, the limitations of the human hands can be transcended, and this work can be made available to listeners as Gottschalk intended it to be heard. This recording was created using the MuseScore 3.0 by Gennady Stolyarov II between June and December 2021; the transcription itself required approximately 36 hours of meticulous work, spread out over half a year. However, elevating this piece into public awareness is certainly worth the effort. This is heroic music showing the impressive heights to which human achievement, ingenuity, and virtuosity can rise, and it is a marvelous gift from Gottschalk in 1857 to our era. 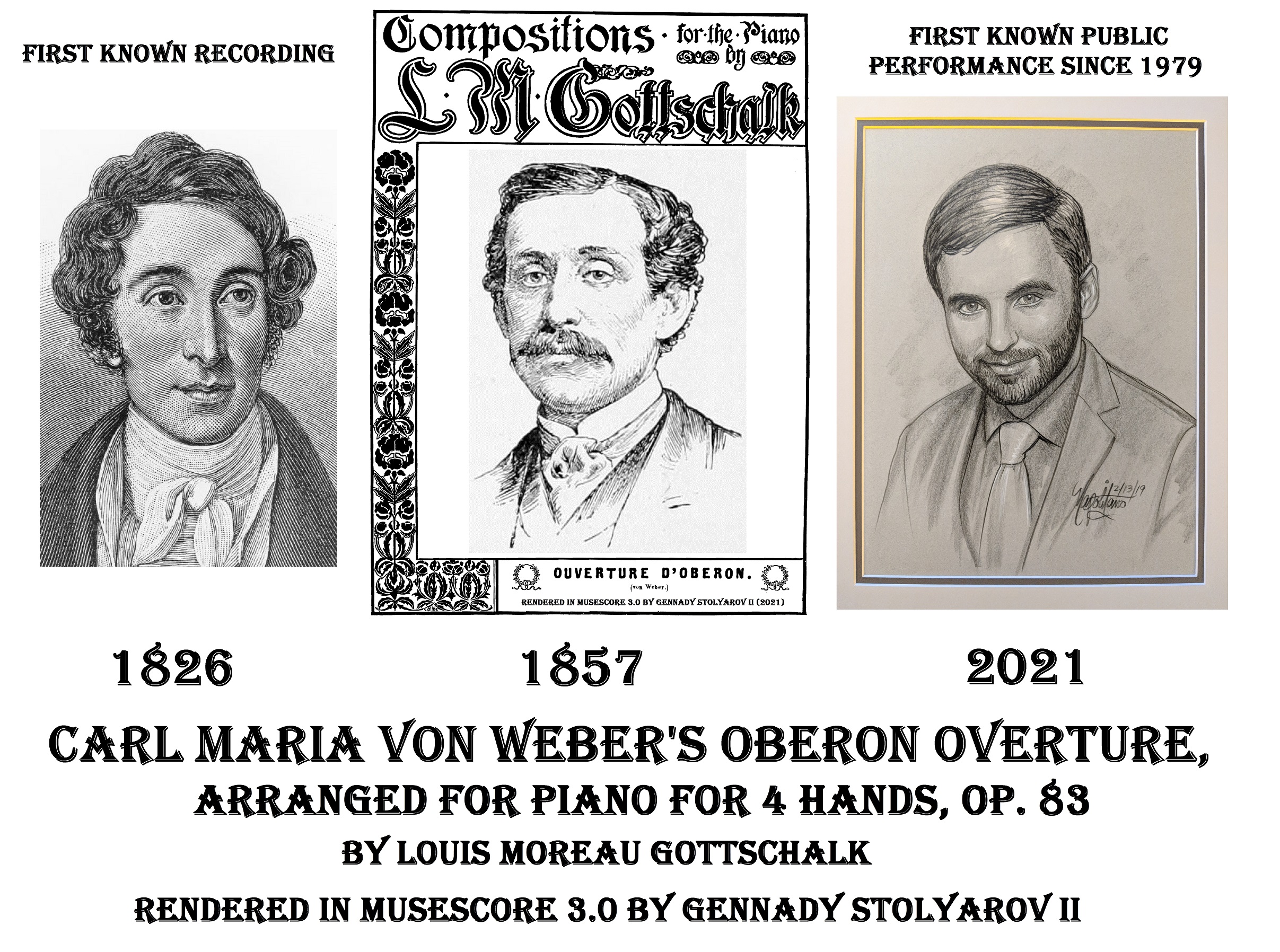 Watch the score video on YouTube here and on Odysee here.

Download the MP3 file of this composition for free here.

Download the score (published in 1901 – now in the public domain) here.