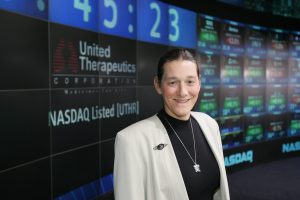 Innovation requires risk-taking, but the culture of medicine is overly conservative.

The NIH currently does a poor job of funding high-risk, long-term projects, focusing on conservative, incremental work instead. This is a shame because given the NIH’s unique size and structure, they are one of the few entities in the world capable of taking on ambitious projects. Under the right leadership, NIH is uniquely positioned to realize breakthroughs in 3D-printed organs, gene therapy, artificial wombs, molecular nanotechnology, and age-reversal biomedicine. To shake things up at the NIH, the reign of overly-conservative and myopic MDs as NIH directors must end.

We need a visionary to lead NIH, someone with a history of bold thinking, execution, zero-to-one innovation, and inspiring leadership. There is no better candidate to fill this need than Dr. Martine Rothblatt. 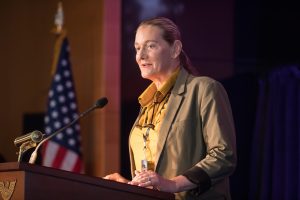 Ethics deep in her core

In her 1997 book Unzipped Genes, Rothblatt explored the legal, ethical and political issues arising from the sequencing of the human genome. She led the International Bar Association’s project to draft the Universal Declaration on the Human Genome and Human Rights for the UN, which was officially adopted by the UN General Assembly in 1998. In 2001, she obtained a Ph.D. in medical ethics from Queen Mary University of London. In 2004, she co-founded the Terasem Movement Foundation with her wife Bina Aspen to promote the ethical use of nanotechnology for human health. 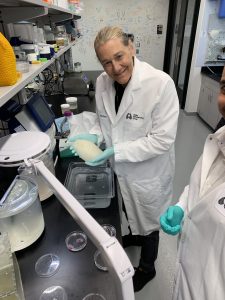 Martine grew up in a working-class suburb of San Diego and exhibited intense interest and passion for science and technology from a young age. As an undergraduate, Rothblatt became a convert to Gerard K. O’Neill’s “High Frontier” plan for space colonization and threw her energies into advancing the nascent private space industry. Rothblatt held key founding roles in several satellite communications companies before founding SiriusXM in 1990. Working on Capitol Hill, she used her acumen as a regulatory lawyer to convince FCC regulators to grant her the necessary permissions.

In 1994, motivated by her daughter’s diagnosis with pulmonary hypertension, Rothblatt decided to enter the world of life sciences. She first founded the PPH Cure Foundation and then the molecular biotech company United Therapeutics, where she has served as Chairman & CEO since its inception. As of 2021 United Therapeutics has saved the lives of countless patients through their drugs for pulmonary hypertension and neuroblastoma, and is valued at 8.7 Billion and employs close to a thousand people. United Therapeutics is now leading the world in developing 3D-printable organs to address the dire transplant shortage.

In 2013, Rothblatt was reported to be the highest-paid female CEO in America, based on the value of the stock options in her compensation package. In 2017, Forbes named her among the “100 Greatest Living Business Minds” of the past century, citing her achievements as a “perpetual reinventor, founder of Sirius and United Therapeutics, and creator of PanAmSat.”

Born as Martin Rothblatt, she underwent gender-reassignment surgery in 1994 at the age of 40, and soon after changed her name to Martine. A vocal advocate for transgender dignity, she authored The Apartheid of Sex: A Manifesto on the Freedom of Gender and From Transgender to Transhuman: A Manifesto on the Freedom of Form. She forcefully argues for the adoption of “a new sexual model that accommodates every shade of gender identity.”

In 2010, Rothblatt and Aspen received the Vicki Sexual Freedom Award from the Woodhull Freedom Foundation, a nonprofit that advocates for sexual freedom as a fundamental human right. In 2019, Rothblatt was named one of “the 23 most powerful LGBTQ+ people in tech” by Business Insider. If appointed NIH Director, Martine would not only be the first woman to hold the post, but also one of the highest-ranking transgender persons in the federal government. By appointing Dr. Rothblatt to lead the NIH we can be confident that the goals and ideals of equity, diversity, and inclusion will flow from the top.

If you agree that Dr. Rothblatt should lead the NIH, please sign this petition:
Appoint Dr. Martine Rothblatt as Director of the NIH!

Ben Ballweg is Director of Longevity Outreach at the U.S. Transhumanist Party.