Editor’s Note: It is extremely important that supporters of transhumanism understand the opinions of peoples from every nation. I, Kimberly Forsythe, decided to reach out to people from other cultures and asked them to give me their opinions on the topic of transhumanist tech. My goal is to better understand why some may object to the idea based on various cultural differences.

As I receive the essays, I will publish them. My hope is that we can work together to build more international bridges and achieve progress that works for as many people as possible. This commentary on Elon Musk’s Neuralink was written by Mert Basoglu from Istanbul, Turkey.

The Cautionary Tale of Neuralink

Elon Musk has been in the public eye with his innovations and ambitious projects in various fields such as aerospace, electric car manufacturing, and lately, neurotechnology. Even though I find most of his ideas and innovations worthy of admiration, I believe Neuralink and brain-machine interfaces (BMIs), in general, are somewhat problematic at this stage of human evolution.

First and foremost, I am all for Musk’s idea of treating neurological diseases that used to be untreatable. In consideration, Neuralink’s benefit to society in terms of both physical and mental health would be undeniable if it’s used correctly and responsibly. But, given our history of violence, abuse, and exploitation, I believe we are not ready for this kind of invention as of yet. It is an irrefutable fact that (BMIs) such as Neuralink are highly prone to being misused and weaponized for self-interests or political reasons. This may be a pessimistic view; however, I think of it as a realistic one, as there are oceans of such examples in our history. As a result of this, I think Neuralink or other (BMIs) are revolutionary and great inventions that should have emerged in the future, when our collective consciousness and empathy as a society hopefully progressed further.

Apart from these topics, there are many other concerns regarding Neuralink that beg to be discussed and solved. One example could be the topic of individualism; the paradox of creating a ‘database’ or ‘network’ that is filled with our ‘individual’ thoughts. It begs the question; what happens to the sense of self? Are our thoughts impersonal now? If we transcend humanity, become a collectively transhuman entity, where does our inevitable evil and hunger for destruction go?

To end on a positive note, I would love Neuralink or other BMIs to be useful inventions that we regularly use in our daily lives, but I think we, as humanity, have to cut our afflictions at the roots first.

This interview was filmed in Burbank, California, on August 24, 2019, following the Wellness and Longevity Seminar that was hosted there to mark the publication of The Transhumanism Handbook.

Join the U.S. Transhumanist Party for free, no matter where you reside. Those who join by September 22, 2019, will be eligible to vote in the Presidential Primary. 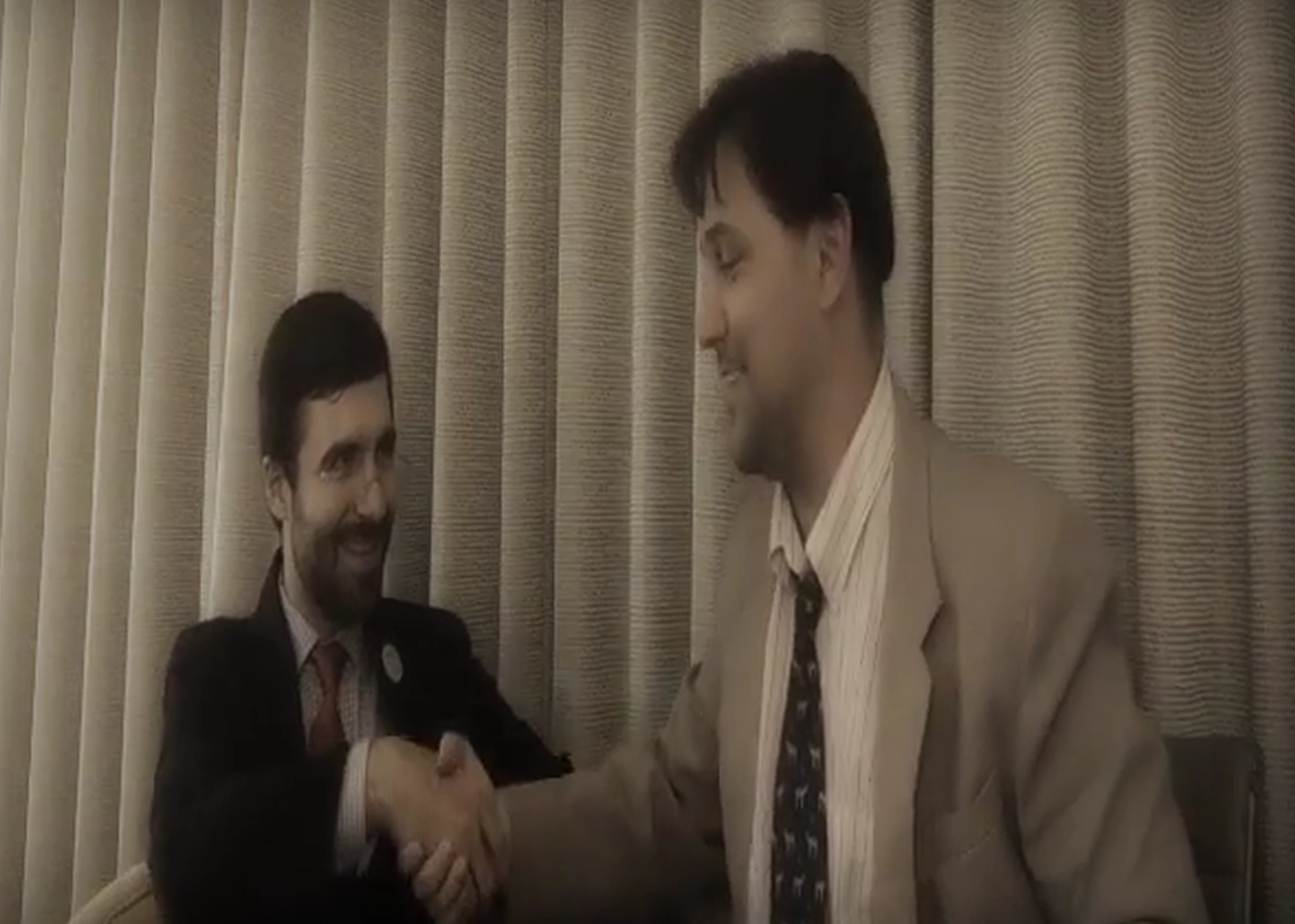 I am probably not the ideal Transhumanist; I do believe that I have a soul, that it is more the essence of me than the sum of my neurons and how they interact with each other to create my thoughts, and that it is an extremely fragile thing. Should I die and preserve myself to be revived at a later date, I fear that I would never know of the success or failure of that endeavor. That a living breathing thinking person who acts like me and reasons like me will rejoin society is not in question; I only wonder that I might miss it as my essence passes on into some other form of existence… or worse – not. I do not believe that a digital substrate will, in fact, carry my soul on uninterrupted.

I want to explore the question of the soul for a moment. In The Singularity is Near (2005), Ray Kurzweil stated that the Calculations Per Second of the human brain are in the vicinity of 10 to the 14th power, based on the assumption, and rightly so, that each neuron in the brain could be considered a digital on/off or 1/0. Around six years ago, we began seeing articles describing microtubules in the axons of the neuronal cells that seemed to have quantum properties I freely admit to not understanding. I cheerfully invite anyone to correct me on this, but it seems that while the neuron either fires or doesn’t as it communicates with the neighboring cell, the microtubule seems to exist in a sort Schrödinger-like state of possibilities – like a multiplexing wire that might convey one piece of information by doing so at a particular combination of wattage, voltage, and resistance, then convey a completely different set of instructions with another combination of the same. It seems to me that if every neuron is operating in a digital on/off state, then 1014  computations per second (CPS) are likely given the average number of neuronal cells in the human brain, and if that number might be horribly wrong because of what we now know of the activity within the axon – then this suggests that superposition state of neural activity might very well be the essence of our consciousness and, if interrupted, could be lost and what remains would be something else only a comfort to those we would have left behind.

I agree that an entirely biological existence is not only a seriously limiting factor in our future development, but also something we are destined to outgrow and will do so. However, I would say that my ideal manifestation of this is a seamless combination of man and machine. Medical technology could eliminate all the senescence we suffer to the point where the next logical step is enhancement over a timeless organic form. I, for one, would hate to live for hundreds of years and gather all the knowledge and experience of those times only to die because of some future equivalent of a drunk driver. That in itself is good enough reason to fortify my existence any way I can. If that means that my body must be replaced with an artificial one, so be it. But, I want to keep my squishy, limited, fragile brain! I want my cake and to eat it, gleefully, with a nearly indestructible form that doesn’t need the cake, won’t get fat from it, and still let’s me enjoy the flavors and textures as I do now. I want to enjoy all the many hedonistic joys freely and with only greater precision than my limited biological form can experience.

I believe we’re seeing this very trend emerge and that the collective instinct of man is far more ready to accept an enhanced human/cyborg than uploading oneself to a purely artificial substrate. Evidence of this can be seen in the amazing promise of Elon Musk’s Neuralink project, the recent X-Prize challenge for a robot avatar, and the many amazing advancements in prosthetic limbs and organs. As I previously stated, medical technology will soon overcome senescence, allowing our tissues to go on indefinitely, so to essentially cure our brain of degeneration, enhance it with a neural mesh, and go about our lives in a perfected cybernetic body akin to Ghost in the Shell: Altered Architecture is probably a pretty good direction to be steering ourselves as Transhumanists. It’s also the most likely Next Step, if you will, considering how well society is conditioned for these themes. I would certainly feel more comfortable with my own enhanced mind in a perfect and durable body that can be easily upgraded and modified as the centuries pass.

So now I ask the members of this community to bring their thoughts here. What is your ideal existence?

C. H. Antony is a member of the U.S. Transhumanist Party. He may be contacted here.