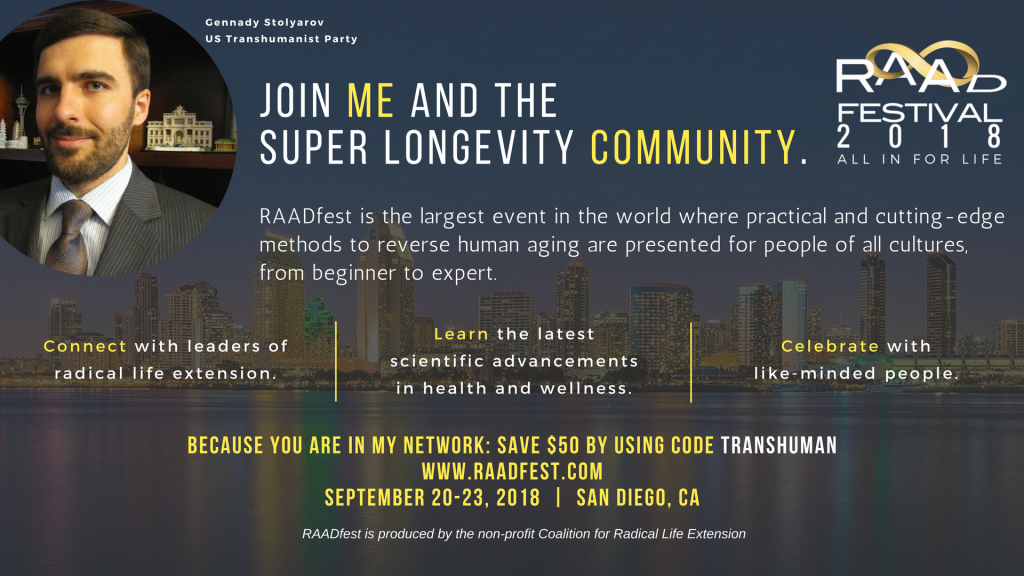 It is possible to register for RAAD Fest 2018 at the website raadfest.com. By entering the code TRANSHUMAN, attendees will be able to save $50 off of the cost of registration.

More details regarding Mr. Stolyarov’s presence and activities at RAAD Fest 2018 will be announced as they become available. We look forward to seeing you there!

The U.S. Transhumanist Party is pleased to announce that, as part of its presence at RAAD Fest 2017 in San Diego, Chairman Gennady Stolyarov II will be moderating a panel consisting of transhumanist philosophers, researchers, and activists – including Zoltan Istvan, Dr. Ben Goertzel, Dr. Max More, and Dr. Natasha Vita-More. You can see the full RAAD Fest schedule here.

The panel moderated by Mr. Stolyarov will occur at 10 a.m.  on Friday, August 11, 2017. Machine augmentation of human bodies and minds will be one topic of discussion; transhumanist politics will be another. As previously announced, Mr. Stolyarov will inaugurate the panel with a brief presentation entitled “The U.S. Transhumanist Party: Pursuing a Peaceful Political Revolution for Longevity”. 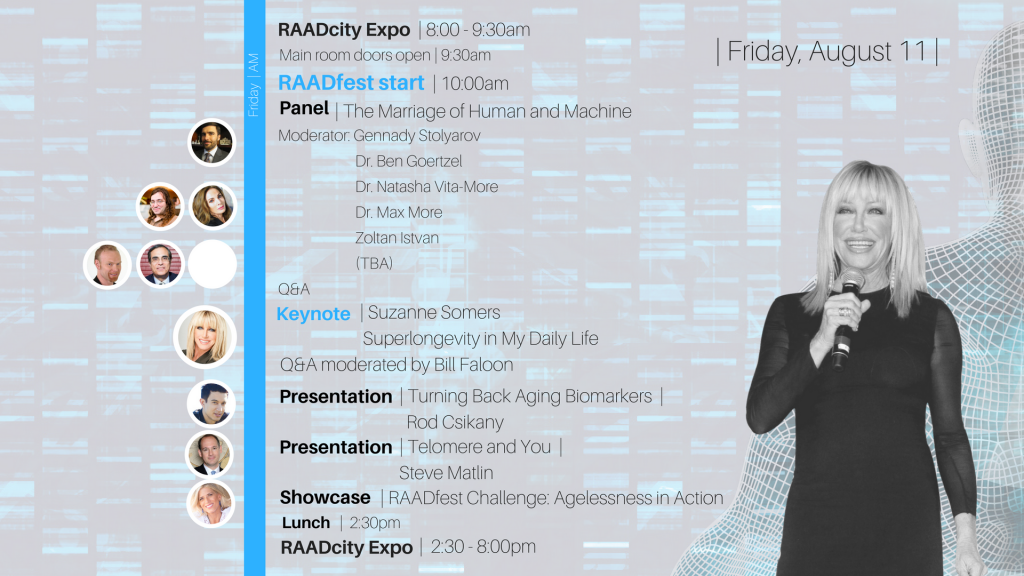