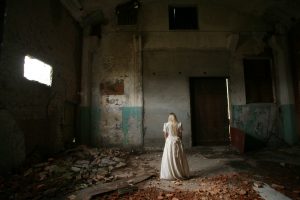 ” If we think of the immune system as a machine, then we are far from even knowing all of its parts.” ~ Bruce Beutler

Editor’s Note: Reason, in this article, highlights and discusses reasons why our immune system decays, as well as the decline of the aging immune system and other factors that relate to the immune system. Furthermore, he goes on to say that one main reason that one’s immune system fails with age appears to be that “chronic infection by the likes of cytomegalovirus (CMV) can cause too many of one’s immune cells to be – uselessly – specialized… [Researchers] are looking into a possible way of clearing these infections from the body.” More details are discussed in the article.

Evolution is a harsh but efficient mistress; you can consider yourself surprisingly well-optimized as a piece of machinery, but your warranty only goes so far as the number of years in which your recent ancestors contributed to the success of their offspring. After that, you’re on your own – biochemical processes unwind and break down, free from any past selective pressure to do better.

Take the immune system, for example, one of many absolutely vital components in the very complex system that supports your life. It is remarkably well-optimized for reliable and effective use of resources in early and mid-life, but the rules that govern that optimization lead to a system that breaks down badly after extended usage. A crude illustration of the problem in the adaptive component of the immune system is much as follows:

The story is more complex than that, but this appears to be the essential problem of design at the core of the aging immune system – you simply run out of space. Given the large degree to which immune system decay contributes to age-related frailty, suffering, and death, it would be a big step forward to find a way to repair this mode of failure.

In recent years, it has become clear that this running out of space is not caused by a wide range of immunological threats – rather, one type of virus is largely responsible for the entire problem.

Why Our Immune System Degenerates:

Throughout our lives, we have a very diverse population of T cells in our bodies. However, late in life this T cell population becomes less diverse … [one type of cell] can grow to become more than 80 percent of the total [T-cell] population. The accumulation of this one type of cell takes away valuable space from other cells, resulting in an immune system that is less diverse and thus less capable in effectively locating and eliminating pathogens.

The Decline of the Aging Immune System:

Longitudinal studies are defining progressive alterations to the immune system associated with increased mortality in the very elderly. Many of these changes are exacerbated by or even caused by chronic T cell stimulation by persistent antigen … Lifelong exposure to chronic antigenic load is the major driving force of immunosenescence, impacting on human lifespan by reducing the number of naive antigen-non-experienced T cells, and, simultaneously, filling the immunological space [with] antigen-experienced T cells. Gradually, the T-cell population shifts to a lower ratio of [non-experienced] cells … the repertoire of cells available to respond to antigenic challenge from previously unencountered pathogens is shrinking.

One main reason your immune system fails with age appears to be that chronic infections by the likes of cytomegalovirus (CMV) cause too many of your immune cells to be – uselessly – specialized. … [Researchers] are looking into a possible way of clearing these infections from the body.

CMV doesn’t really hurt you at all in the short term; most people don’t even show symptoms. But because you cannot clear it from your system, its presence chews up more and more of your limited immune resources with time. When does this process get underway, and when does it cross the line? A recent paper from the open-access journal Immunity & Aging looks at setting some boundaries to that question:

We observed consistently high frequency and phenotypically mature (CD27 low, CD28 low, CD45RA+) CMV-specific CD8+ T cell responses in children, including those studied in the first year of life. These CD8+ T cells retained functionality across all age groups, and showed evidence of memory inflation only in later adult life.…

CMV consistently elicits a very strong CD8+ T cell response in infants and large pools of CMV specific CD8+ T cells are maintained throughout childhood. The presence of CMV may considerably mould the CD8+ T cell compartment over time, but the relative frequencies of CMV-specific cells do not show the evidence of a population-level increase during childhood and adulthood. This contrast with the marked expansion (inflation) of such CD8+ T cells in older adults.

These results suggest that the accumulation of CMV-specific T cells is not a gradual process throughout life, but rather a more exponential process or a transition from slow to fast accumulation later in life. There may be a therapy lurking in a greater understanding of how that transition comes to pass.

I should not close thoughts on the matter of age-related decay of the immune system without looking at a SENS-like approach to the problem: something direct and from the engineering school, based upon what we already know and using the tools available to us now or in the near future. The problem is that we have too many of a certain type of cell; the tool would be one of the new technologies enabling precision targeting of cells by their unique surface biochemistry – perhaps a dendrimer therapy with the right attachments. What we’d want to do is eliminate all those memory T cells specific to CMV that are clogging up the system. This is very similar to the problem faced by cancer researchers; you need to nail all the bad cells, but you can’t risk harming other cells or putting undue stress on the patient’s system. Large amounts of time and money are going into solving this problem today, so we can expect to see a brace of suitable technologies to be adapted to this sort of use in the years ahead.

Will this sort of approach work? There is precedent for attacking, suppressing, manipulating, or destroying components of the immune system when they malfunction or otherwise get in the way; destroying CMV-specific memory cells is somewhat less drastic than some immune therapies attempted in the past or under development today. After all, you would be removing cells that appear to be largely useless. I think it’s well worth exploring.

Reason is the founder and writer of Fight Aging!, a leading voice in the rejuvenation biotechnology and patient advocacy communities for more than fifteen years. He is also co-founder and CEO of Repair Biotechnologies, a biotech startup working towards the reversal of atherosclerosis, and has presented at numerous industry conferences, including Undoing Aging and Ending Age-Related Diseases.