On Sunday, November 27, 2022, the U.S. Transhumanist Party invited Zack Varkaris to discuss his thoughts on how emerging advances in biotechnology can improve human quality of life and prolong youthfulness and vitality. The conversation addressed the possibility of life without a biological clock – which is being pursued by Zack Varkaris’s company, Austin Biotec. It also delved into the connections of this endeavor with the philosophy of transhumanism and its potential effects on future societies and human life decisions.

Zack Varkaris is a biologist, author, diver, and sporting pugilist. Of Greek descent, Zack grew up in London. After studying Marine Biology at Heriot-Watt University, he spent a number of years in the field of renewable energy and conservation before turning his hand at writing novels. See Zack Varkaris’s website.

Zack Varkaris is the founder and Scientific Director of Austin Biotec, which works in the anti-aging and fertility domains and applies emerging medical technologies in the effort to overcome the problem of female infertility. Find out about Austin Biotec.

Zack Varkaris’s novel The Vevellis Chronicles: The Crescent and the Cross can be found on Amazon. 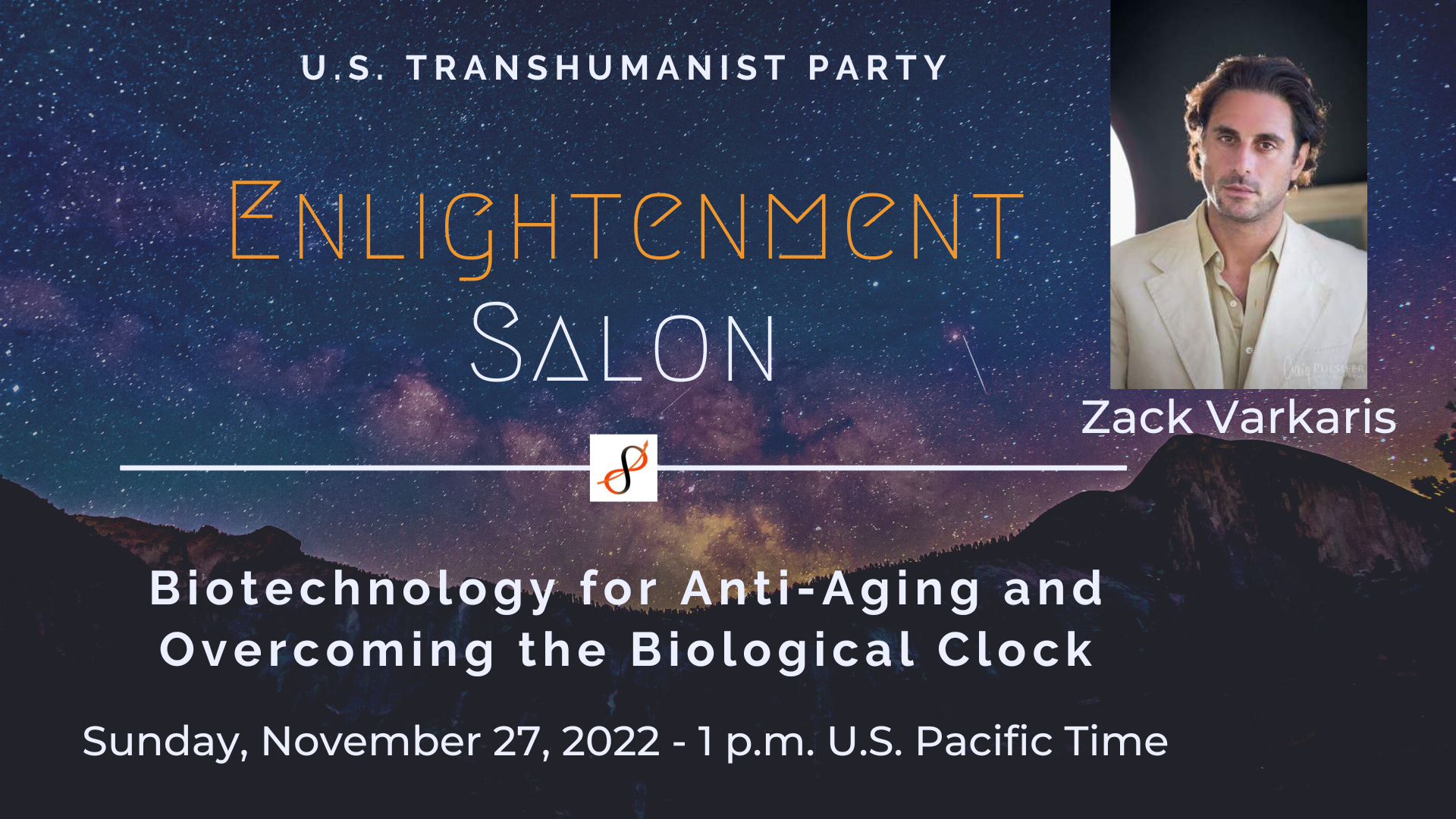