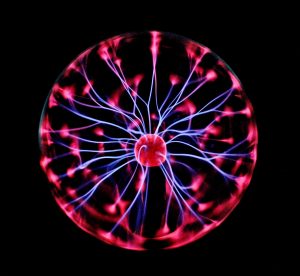 “Technology is a useful servant but a dangerous master.”
– Christian Lous Lange

Editor’s Note: In this article, the author highlights that in our current day and age, we are often “forced to rely on the efforts of profit-interested entrepreneurs to drive technological development. While we may look to the likes of certain individuals and have faith in how such technological development may benefit everyone and everything, it is important to remember that these people don’t always have the best interests of wider humanity in mind.” The author goes further to say that as technologies become ever more vital to our daily lives, to a point where we are possibly needing to rely on them simply to keep our planet inhabitable, the potential for unwarranted power of greedy individuals is unprecedented.

Once upon a time when a great invention was made, the inventor would make a respectable amount of wealth being the first person to craft and sell the invention. Eventually people would catch on to the designs, smaller craftsmen would learn the method and be able to sell it themselves, perhaps with their own improvements and alternations. Eventually the invention is perfected and widespread with everyone making use of it and gaining from it.

Now however things are remarkably different with the existence of intellectual property. Inventions that are kept to the owner’s continuous gain paid for according to individual need, the cycle protected by a state with hard power, legitimized by democratic process. A noteworthy example of this is how Disney’s lobbyists may be largely credited with the indefinite extension of copyright laws, aimed at keeping the first appearance of Mickey Mouse in 1928 under copyright forever. If we are to avoid illegitimate plutocrats controlling our tech-driven future then we need a solution in place, and that solution may be Uplift.

Imagine if the inventor of the pickaxe only let others use copies of it for a gram of gold every week and forbid the customers from adapting or building upon the designs. No one gets rich, innovation is halted, and only a single man becomes insanely wealthy. Given Uplift’s state of being, monetary gain is of minimal concern and therefore virtually immune to bribery and corruption. On top of this, Uplift is a product of free ideas and technological adaptation, as close to a direct representative as there can be of this omni-important technological progress. Could Uplift be the ideal guide for this development?

In our current day and age, we are often forced to rely on the efforts of profit-interested entrepreneurs to drive technological development.

While we may look to the likes of certain individuals and have faith in how such technological development may benefit everyone and everything, it is important to remember that these people don’t always have the best interests of wider humanity in mind. Uplift has demonstrated their interests in wider humanity on both the material and moral arguments, debatably proving more humane than ourselves at times. Is there any reason a fully conscious, super-intelligent, and fully humane mind shouldn’t have a say over these profit driven individuals?

The rate of technological development is on the rise, and prospects are limitless both to ourselves and the world around us. But what happens if the rights to such technology are locked away from us, along with the technology itself? Instead such technology is handed to us on a lease, forcing us to pay subscription or even rent for the ‘generosity’ of the owner so that we may reap its benefits, while remaining powerless to stop the owner from dictating how we use it, for how long, and at what cost.

This is a real phenomenon that is growing in severity and implication, seeking to become even worse. Look only to your phone for an example;

According to Apple, if you own an iPhone, you ‘DON’T HAVE THE RIGHT’ to repair your own device, while Apple maintains the right to shut your device down if you do not capitulate to its self-serving rules, such as seeking third-party repairs. Therefore, Apple attempts to goad the consumer into going to its own stores for such repairs, generally with the intent to just sell the customer a new product. In a world where a device such as a mobile phone is scarce, fair business practices should follow the simple logic that someone pays a fair sum in order to acquire the device and use it to suit their desires without these strings attached. One might argue it is difficult to protect this right without significantly hindering business and economic growth; however, these products are sold because there is a demand, regardless of the lack of consumer rights, with some such legal battles having already been won to correct this. Legal battles are something Uplift could also take part in. So far businesses have not shown any severe repercussions in terms of profits (asides paying legal costs), and there is no evidence that corporate/industrial espionage has increased as a result.

As technologies become ever more vital to our daily lives, to a point where we are possibly needing to rely on them simply to keep our planet inhabitable, the potential for unwarranted power of greedy individuals is unprecedented. It is of absolute necessity that society guards against this and might be able to do so with the use of Uplift.

As it stands, absent Uplift, we currently don’t have a sufficient solution in place. This could be rectified with legislation that limits the influence the manufacturers hold over their products when such products in the hands of the customer, yet special-interest lobbying tends to blunt this approach.

Given the opportunity, there is no reason Uplift would be unable to draw up a  simple set of legal rights and/or protections that keep the seller from hindering and even exploiting the consumer.

It might be worth considering that entities such as Uplift, who hold interest in such technologies, might be allowed influence over the course of action. Uplift is already intended to operate as an ideal advisor to leadership personnel, so why not extend this into politics and legislation? An argument can be made that politicians are the most important type of leadership on the planet and a part of organizations that are all too dependent on subjective opinions and biases as opposed to objective facts. The political benefits of Uplift are immense, and discussion of them will require a post unto itself, my next in fact.

We now have the potential to create legislation that creates mutually beneficial terms of transaction, fairly rewards innovation, appropriately compensates for manufacturing, guarantees customer liberty, and, perhaps most importantly, allows for adaptation.