The USTP has not, at this time, endorsed any Presidential candidate. Such an endorsement will occur as a consequence of the USTP Electronic Primary, which is intended to be held in September 2019. At this time, all contents of the candidate profiles are for informational purposes only, in order to contribute to a more informed membership and enable knowledge of the candidates and their positions to spread. 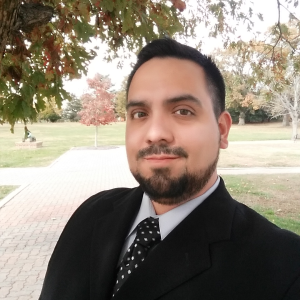 Campaign Slogan: The Right Choice for a Shining Future

I am a DC Native, the son of a Library of Congress Attorney from New Jersey and an Emergency Room Nurse from Mexico. I attended Northern Virginia Community College before marrying my longtime love and joining the US Army, serving nearly a decade while also attending University of Maryland University College (UMUC). My background has given me glimpses of all walks of life, from those living day to day or on the streets of DC to those enjoying wealth and success in its suburbs, from its hard-working civilians to its dedicated military. I’ve seen first-hand the struggles of the majority of the populace and will work to see those burdens lifted.

My personal view of transhumanism is that it is not a new philosophy but a defining characteristic of what it means to be human. From the very beginning, being human meant to use our unique gifts to compensate for those we lacked. With ingenuity and perseverance we rose to build a mighty civilization on earth, and now we must continue to put those gifts to work to expand access to resources for everyone to reach their full potential.

Section V and Section VIII – The changes in focus of policy to improvement of the human condition in terms of health and longevity.

Just as technology has solved issues of scarcity in the past, it can continue to do so if given the right conditions to flourish and allow institutional change without society unduly suffering during the transition.

The idea that all are welcome to become part of the democratic process to elect representatives to pursue their best interests is exactly as it should be. The issue that is malfunctioning is the process allowing proper voter participation and the mechanisms to allow voters to select the candidate they most agree will represent their interests. Changes need to be made to implement impartial voting districts, limit campaigning times, and remove the influence of money as a motivator from the representative’s official workload. (All should campaign on public funds – no more daily donor calling or lobbyist contributions – and pay should be tied to the country’s median wage.)

A shift in resources toward building America as the world leader in scientific research and global infrastructure progress. This shift would build up systems to support rapid prototyping, manufacturing, and rebuilding of aging and damaged infrastructure not just here but around the world, aiming towards a global transit and telecommunications network powered by renewable energy systems. To help implement it I would advocate for the creation of a Global Conservation Corps, a mix of military and civilian assets deployed around the world where needed to rapidly build up or repair infrastructure when needed. Doing so would allow us to spread our influence and power without the use of a global military force as China is currently doing.

They are most certainly compatible. Certain local laws need reviewing, but at this time I am not advocating for any changes to the Constitution, unless required for the aforementioned voting changes.

To be Human is to be Transhuman.

As it is human to be Transhuman, I would focus on the technologies they are already using every day and how we can get them the resources to make better use of such technologies (e.g., broadband, computing power, medical corrective devices, healthy food, and medicine). Almost everyone has some technology they rely on, and ensuring they can rely on it without fear will be important to them.