While the Democratic Party often postures as championing voter rights and opposing voter suppression, it frequently engages in voter-suppression tactics of its own, particularly aimed at restricting voters’ ability to choose minor political parties on the ballot. Senate Bill 292, advanced by prominent Democratic Legislators despite overwhelming public opposition, is a case in point.

SB292 is sponsored by former Nevada Democratic Party Chair, now Senator, Roberta Lange. Many have already identified the flaws with SB292’s attempt to implement “straight-party-ticket” voting – an option that discourages thoughtful consideration of individual candidates on their merits. But the largely overlooked Section 2 of SB292 would be much more insidiously damaging in shutting minor political parties out of realistic ballot access by imposing a requirement that petition signatures gathered by minor parties seeking ballot access be “equally apportioned” among the four Congressional districts in Nevada.

The number of petition signatures required in Nevada is already immensely high; one percent of the voters for U.S. Representative at the last general election must sign a minor party’s petition for the party to qualify for ballot access. No party has been able to meet this onerous threshold since 2011. Yet, even if a party is able to surpass it through herculean efforts, the requirement of equal apportionment would mean that the Democratic Party could challenge the minor party’s petition if just one more signature comes from one district than from another. For example, even if a minor party were spectacularly successful and somehow gathered signatures from all the registered voters in Nevada’s most populous 3rd Congressional District, the Democrats could attempt to disqualify that petition on the technicality that an “equal” number of signatures from the other, less populous districts were not attained. SB292’s Section 2 would empower Democrats to thwart every minor party’s petition forever.

Because of the additional coordination required to even attempt to gather petition signatures “equally” by petition district, rather than simply trying to gather as many signatures as possible, one would expect the petitioning effort to be more time-consuming than previously. However, Section 2 of SB292 reduces the time available to a minor party, moving the compliance deadline from the third Friday in June to June 1, thereby further lowering the probability of meeting all requirements. The United States District Court for the District of Nevada in 1992 already struck down a slightly less burdensome deadline of June 10 in the case of Lenora B. Fulani et al. v. Cheryl A. Lau, Secretary of State. A June 1 deadline could be challenged on the same grounds, but the proponents of SB292 wish to impose it regardless.

In Nevada, prominent Democratic Party Legislators seem determined to limit voters’ options at the ballot box. The Green Party, whose nominee finished fourth in the past three U.S. Presidential elections, failed to qualify for ballot access in Nevada in 2012, 2016, and 2020, because of the unreasonable existing petition threshold and significant Democratic Party efforts to disqualify petition signatures in 2016. Nevada is also one of only five states that lack a write-in option, further reinforcing the imperative to relax ballot-access requirements instead of imposing additional ones. At present, minor political parties without access to vast funds, such as the all-volunteer Transhumanist Party, are shut out by intentional barriers to entry imposed at the behest of the major parties.

Do Democrats in power only wish to improve the ease of voting for Democrats, while excluding other options by establishing insurmountable barriers to ballot access? Or will enough Democrats take a stand for their stated principles, support genuine voter choice, and thwart anti-democratic legislation such as SB292?

Senate Bill 292 will be heard at 4 p.m. Pacific Time on Tuesday, May 25, 2021, at the Assembly Committee on Legislative Operations and Elections. This will be our last chance at direct input to the Legislators regarding this bill. Follow the link above and click on the button to “Participate” in order to register for call-in information. You can also e-mail your written comments to AsmLOE@asm.state.nv.us. Be civil and respectful but firm in your opposition to this attempt to severely limit voter choice! 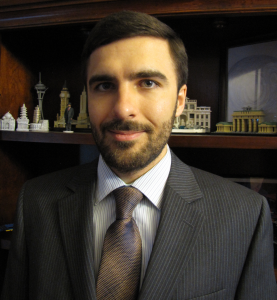