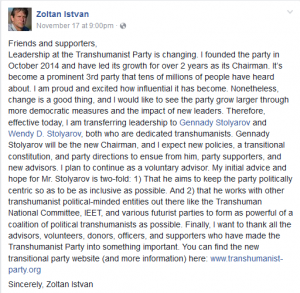 5 thoughts on “Forthcoming Transitional Period of the Transhumanist Party”