This thoughtful and constructive policy-oriented discussion is a worthy precursor to the forthcoming July 6 Virtual Debate (which the public can watch here), where candidates including Johannon Ben Zion and Rachel Haywire (as well as Charles Holsopple and Dan Good) will be articulating their visions of transhumanist policy to the public. The caliber and civility of discourse in the Ben Zion / Haywire conversation stand out as being immensely higher than what was observed during the Democratic primary debates, where it seems that many of the candidates were at one another’s throats. Once again, transhumanists have shown that they can do better. This discussion is a valuable building block for the outcome that we hope will happen once the U.S. Transhumanist Party / Transhuman Party Electronic Primary is concluded in mid-August – that all of the candidates will collaborate with the nominee, no matter who wins, and work toward maximizing the influence and impact of transhumanist ideas and policy proposals. 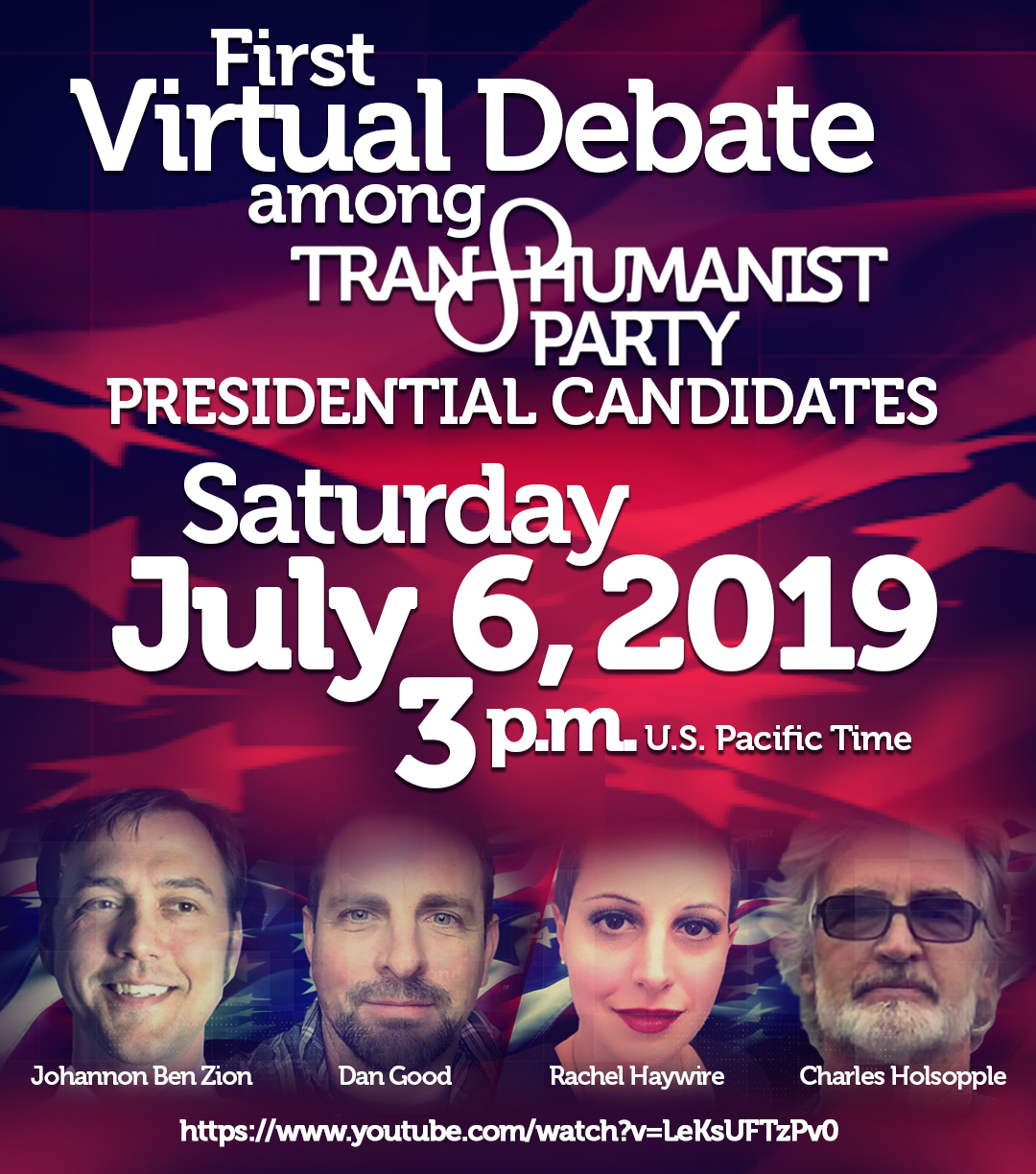